'King' Leka of the Albanians has died

"The Albanian Royal Court" announced today the death of the self-styled King Leka of the Albanians. The king died at the Mother Teresa Hospital in the Albanian capital of Tirana in the morning of 30 November 2011, 72 years old. He had been hospitalized earlier in November with heart and lung problems.

According to an Associated Press article, Saturday 3 December has been declared a day of national mourning, and President Bamir Topi has said that Albania "will respect King Leka I with all the attributes of a king not in office." In his condolence message the president also said that "His active efforts and role to topple the communist system and, during transition, to heighten Albania's national values and promote the integrating process remain alive in the nation's memory".

King Leka was born in Tirana on 5 April 1939 as the only child of King Zog (1895-1928-1939-1961) and Queen Geraldine, née Countess Apponyi de Nagy Appony (1915-2002). Through his mother King Leka was related to most reigning and former reigning royal families of Europe, as Geraldine descended from the Princely House of Anhalt-Dessau.

The royal family had to escape when Italy occupied Albania only a couple of days after Leka's birth. After many years in exile in among others United Kingdom, France, Spain and South Africa Leka was allowed to return to his fatherland in 2002. He was kicked out in 1993 when he first attempted to visit Albania, and again in 1997 after being charged with organizing an armed uprising following the demonstrations he lead after he lost a referendum on the form of government. Die-hard monarchists have claimed that the referendum was flawed. It should, howver, be added that the official result - about 33% in favour of restoration of the monarchy - was as far as I remember close to the last poll carried out before the referendum took place as well as the exit poll (I think it was the latter I wrote about in the newsgroup alt.talk.royalty on 13 June 1997).

Leka succeeded to the headship of the Albanian Royal Family on the death of King Zog in 1961 and styled himself King, which most of his supporters have referred to ever since. As he never held office as King, it might have made more sense to refer to him as Crown Prince Leka, just like his colleague in Yugoslavia (Serbia), Alexander, did. Alternatively one could have used his civil name, Leka Zogu.

King Leka married in 1975 the Australian-born Susan Cullen-Ward (1941-2004). They had one son, also named Leka, b. 1982, who has succeeded his father as head of the royal family. The new head, who works as a political adviser to the Albanian Minister of Interior, is engaged to marry the Albanian woman Elia Zaharia, b. 1983.

See also my website with links to more information about the Albanian Royal Family as well as the blog article I wrote in 2009 following my visit to the Thiais cemetery in Paris. 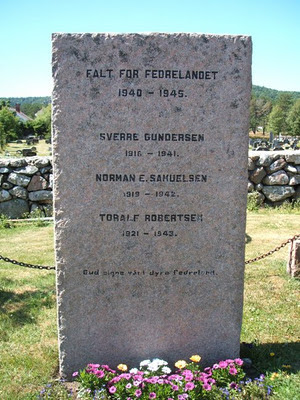 Kulturnett.no (Culturenet.no) published earlier this week (21 November 2011) an interesting article about Norwegian war memorials which have been registered at Digitaltmuseum.no.

The survey of the war memorials can be viewed here.

According to the article historical objects, cultural monuments/relics or cultivated areas with defence-related relevance are not included in the Armed Forces' presentation of war memorials.

A war memorial is defined as a memorial of persons or events related to war occurrences and defence-related activity throughout history. A war memorial can be everything from a small plaque on a wall to a large monument in the middle of a city. There are war memorials of persons and events in every corner of Norway, symbolizing courage, resistance and the basic values of the Armed Forces. The vast majority of war memorials have been erected by initiatives of the local community. But the Armed Forces itself has also erected war memorials - both inside and outside military areas.

As of now about 2700 war memorials are included in the register.

I have over the years photographed many war memorials, often in connection with visits to cemeteries. The photos will be included in blog articles in due time. The photo at the top shows a war memorial outside Spangereid Cemetery in Lindesnes at the very south of Norway. Another photo of the memorial can be found at Digitaltmuseum.no. Named on the memorial are Sverre Gundersen (1916-1941), Norman E. Samuelsen (1919-1942) and Toralf Robertsen (1921-1943). The latter was a first cousin of my father-in-law and I wrote a few words about him in the Robertsen booklet published in August 2009 in connection with the Robertsen family reunion at Spangereid. Toralf, who had been a sailor since he was 15, was on board the ship D/S Christian Michelsen which was torpedoed on 26 September 1943.

Postscript 24 January 2017: The website Kulturnett.no was closed in 2013, so the three links in the first paragraph don't work any longer. 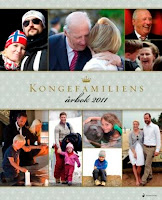 We are getting closer to yet another Christmas celebration, and as usual a bunch of new and interesting book titles has reached the market. The fifth volume of Tor Bomann-Larsen's biography about King Haakon VII and Queen Maud of Norway, Æresordet (Cappelen Damm, 2011, ISBN 978-82-02-30374-7) has created several headlines in the newspapers and is expected to sell well (I hope to get it for Christmas!). But it might get some competition in Juritzen forlag's publication Kongefamiliens årbok 2011 ("The Royal Family's Yearbook 2011"), which has recently arrived in the bookstores (it was delivered from the printers on 8 November 2011, cf. the blog Passion&Prose bokdesign). As the title suggests, the book, edited by Arve Juritzen, covers the main royal events of 2011, and according to its publisher, consists of about 350 pages with more than 400 photos (the BibSys entry, however, gives the number of pages to be 317). The publisher's presentation mentions the Crown Prince family's trip to the Middle East and Asia, the Oslo and Utøya terror acts and the British Royal Wedding as some of the events that will be covered by the yearbook. 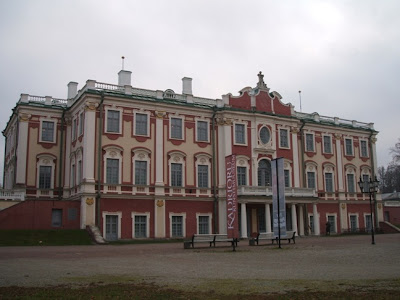 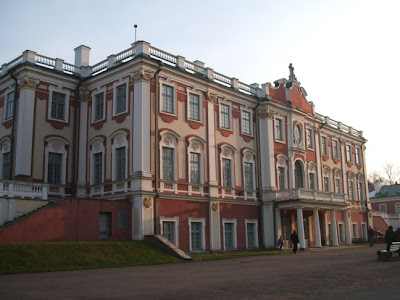 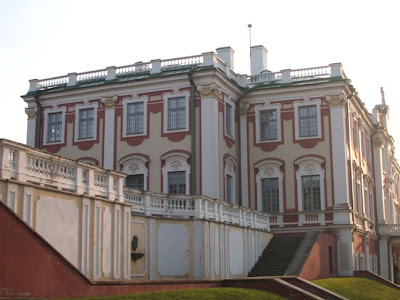 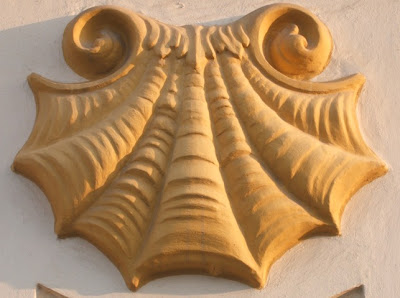 (5) The back side of the palace with the garden. 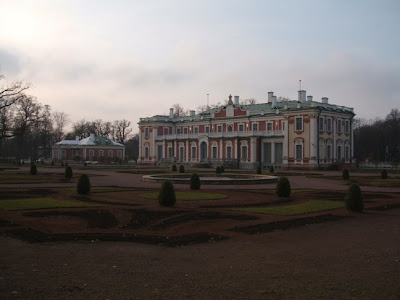 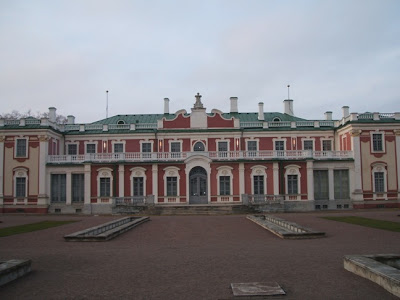 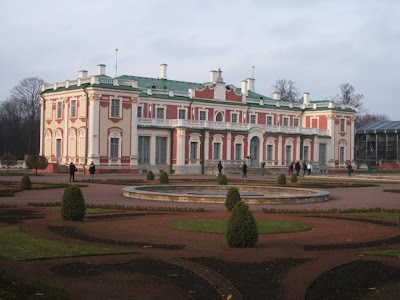 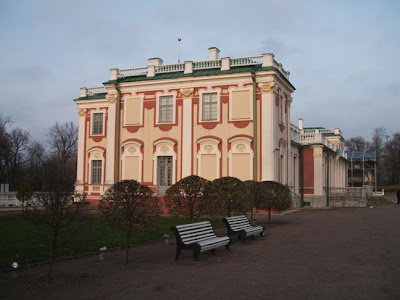 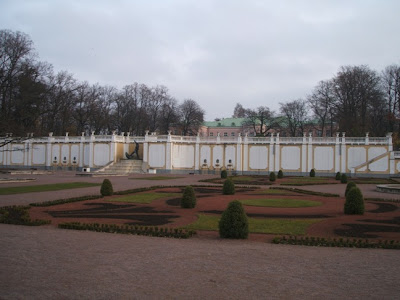 (10) The Presidential Palace can be seen in the background. 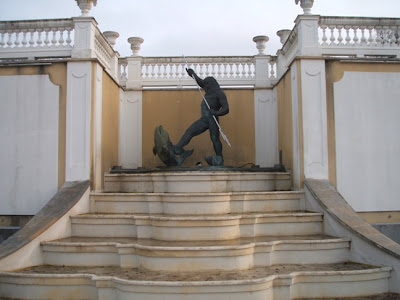 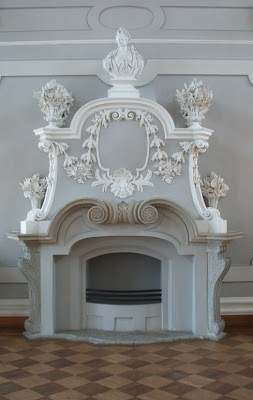 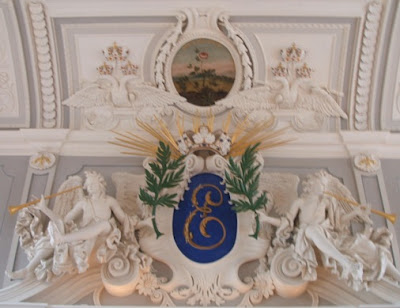 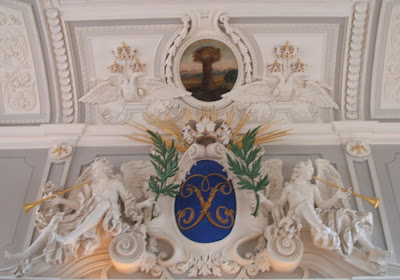 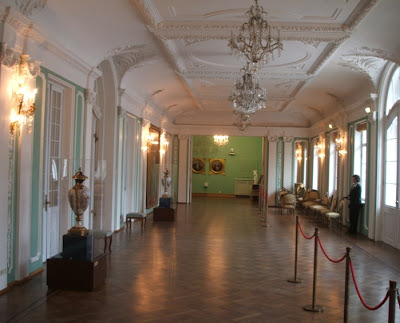 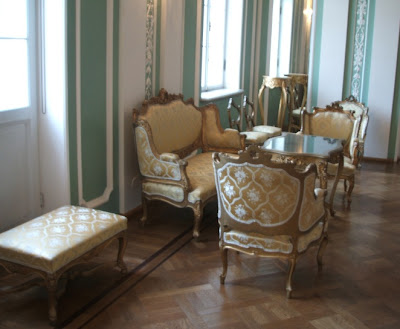 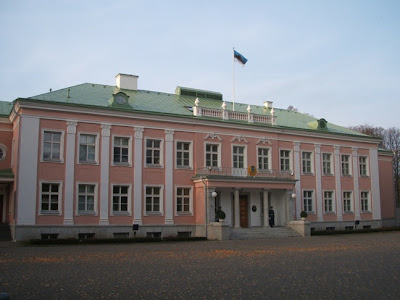 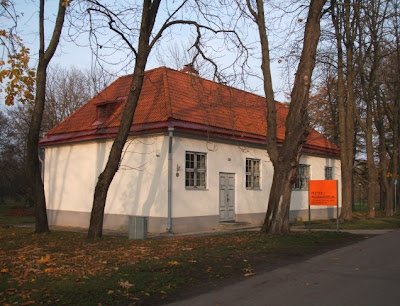 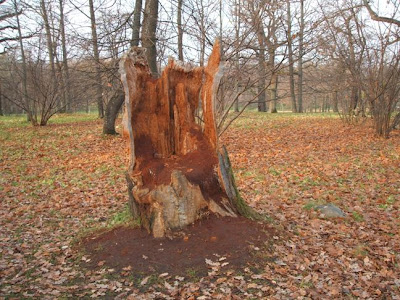 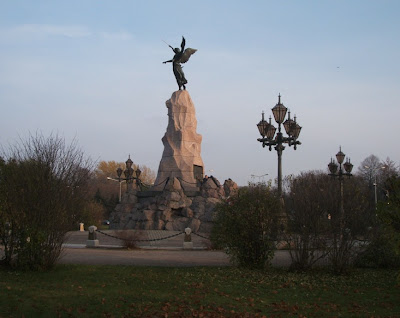 (20) The Russalka monument - a sculpture of an angel facing the sea - is a memorial to the military ship Russalka which sunk in 1893. The sun made it too difficult to get a decent photo of the angel's face... 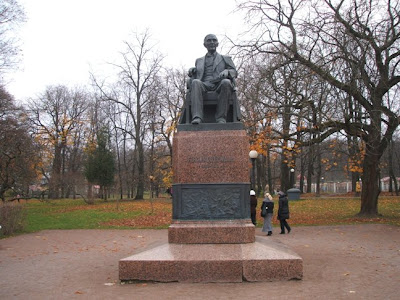 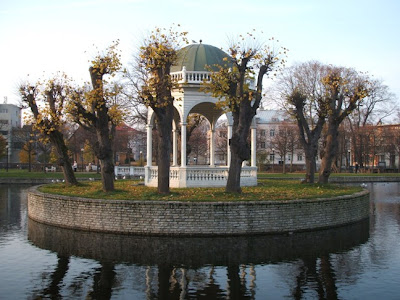 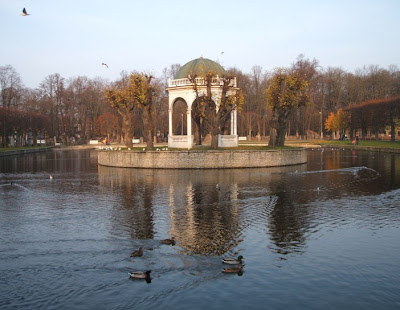 (23)
The construction of Kadriorg Palace in Tallinn, Estonia, started in 1718 on the order of Emperor Peter I of Russia (Peter the Great) (1672-1682-1725), but was not completed before after his death. It was named after his second wife Catherine (1684-1725-1727), née Marta Helena Skawrońska, who succeeded him on his death in 1725 and enjoyed a short reign before she died 2 years later. The German name of the baroque-style palace, which was designed by the Italian architect Niccolo Michetti, was Catherinethal ("Catherine's Valley"). The name by which the palace is better known today, Kadriorg - "Kadri" is an Estonian version of "Catherine" - was first established in the 20th century.

The palace was meant to be the summer residence of the Russian Emperor (Czar) when staying in Tallinn, and according to the official website, "Most of the Russian rulers, from Peter’s daughter Elizabeth, to the last Romanov emperor Nicholas II", have visited it. For a short period during the first Estonian independence, the palace served as the president's office, before the new presidential palace was built. Today the palace houses an art museum, a branch of the Art Museum of Estonia.

In the Kadriorg Park you can also find the Presidential Palace, which was finished in 1938, and which served its purpose once again from 1991 when the Republic of Estonia got independent for the second time, as well as the Peter The Great House Museum, Kumu Art Museum, the Swan Pond and the Russalka monument. Peter The Great used to stay in what is now a small museum during his visits to Tallinn during the construction work of the palace. Some of Peter's furniture can be viewed in the museum.

Kadriorg Palace and the park with the same name is only a short walk from Tallinn's old city. It can also be reached by taking tram no. 1 or 3.

All the photos were taken on Sunday 6 November 2011.