This week the official website Liechtenstein.li published an interview with the Hereditary Princess of Liechtenstein titled "I admire Liechtenstein's inventive spirit". The interview, which is also printed in Oho, the official magazine of the principality (#3, 2016/17, pages 6–11), is absolutely worth reading.

In the interview we get a good presentation of Hereditary Princess Sophie's role and her interests. She also comments on the fact that as a descendant of the Stuart dynasty she is 2nd in line to the thrones of England, Scotland, France and Ireland according to the Jacobites:


«An acquaintance of my English teacher once said to me: “But you’re a Stuart.” And I just thought: what is he talking about? When I got back home, I asked my parents. They found the whole thing hilarious, and then explained the background to me. I can therefore assure you, I shall not be asserting a claim to the British throne.»

There is one mistake in the article, though, as it is 23 years – not 22 – since the wedding took place.

Through her Swedish-born mother, Hereditary Princess Sophie is also a descendant of the Norwegian Vogt family, as pointed out among others by Sam Dotson in his book Genealogie des Fürstlichen Hauses Liechtenstein seit Hartmann II. (1544-1585) from 2003. The connection is also given in the article Prins Joseph Wenzel av Liechtensteins norske aner (Prince Joseph Wenzel of Liechtenstein's Norwegian ancestry) at Slektshistoriewiki, the Norwegian Genealogy wiki.
Posted by Dag T. Hoelseth at 18:15 No comments:

Grave of the 1st and 2nd Baron Mountevans, Our Saviour's Cemetery, Oslo, Norway 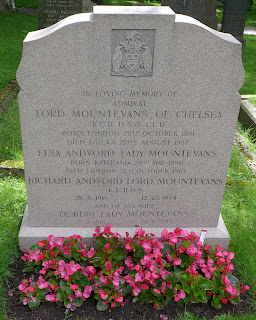 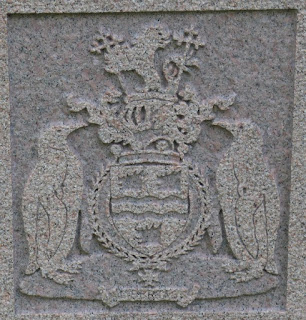 More details about the Lords Mountevans can be found at Cracroft's Peerage.