I have not been able to do much work on my website the last few months, which has meant that the much needed updating on some of the subpages had to be put on hold.

My subpage Longest reigns, which is a survey of the longest reigns among the reigning monarchs, has now finally been updated. Since the last update both Spain and Saudi Arabia have got new kings and Monaco has got a hereditary prince, so it certainly was on time.

I hope that I will be able to do more work on my website in the months to come. But I also hope that I will not have to update the Longest reigns page for a while, as that usually means that someone on the list has passed away.
Posted by Dag T. Hoelseth at 00:07 1 comment: 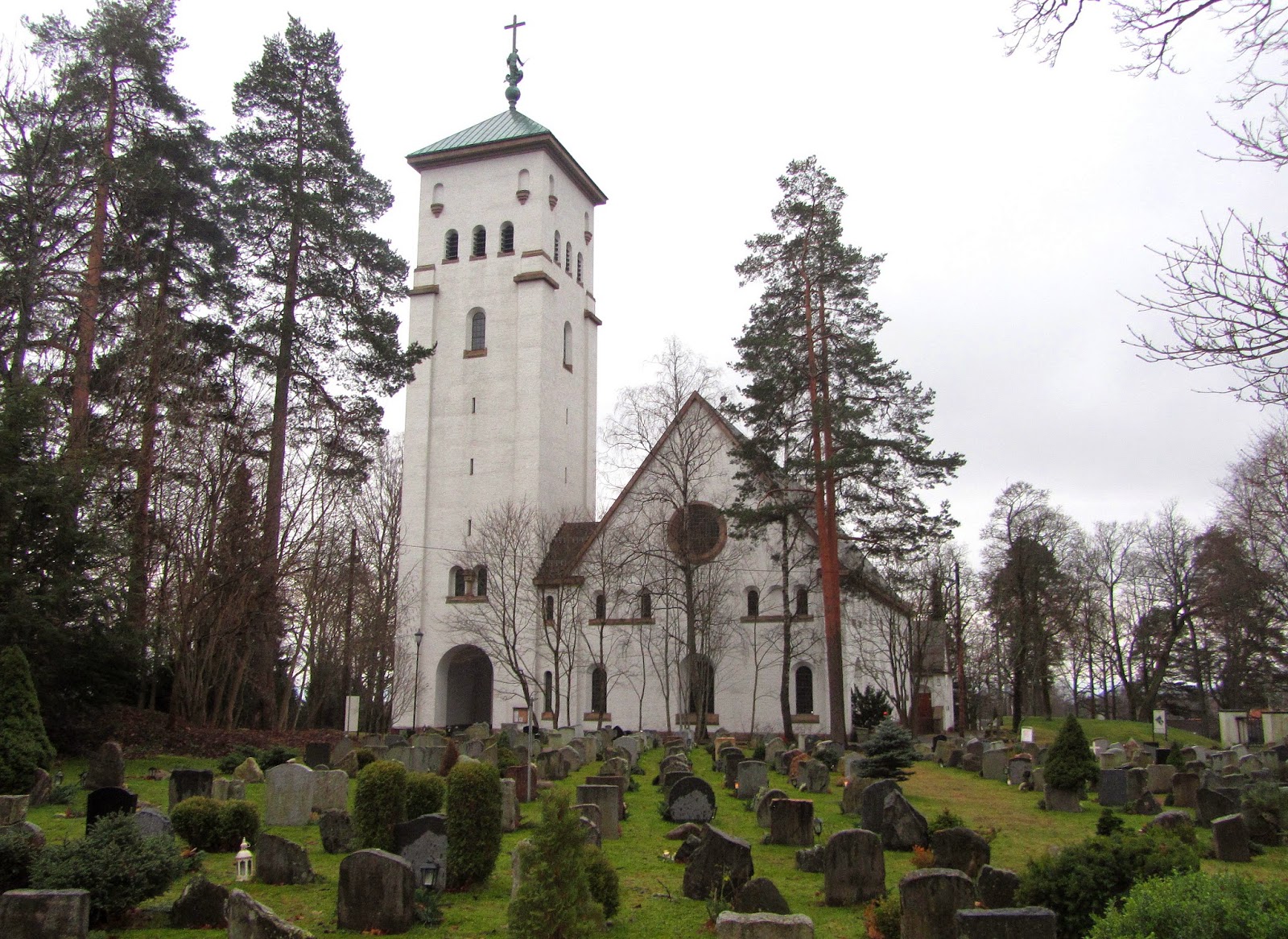 The Norwegian Royal Court confirmed today in form of an e-mail written by Assistant Head of Communication Sven Gj. Gjeruldsen that Johan Martin Ferner, who died on Saturday 24 January 2015, will have his last resting place at Ris kirkegård (Ris cemetery) in Oslo. Princess Astrid Mrs. Ferner and Johan Martin Ferner have lived in the parish of Ris since they got married in 1961.

Ris Cemetery is also the place where Queen Sonja's parents Karl August and Dagny Haraldsen as well as her sister Gry are buried.

Ris Cemetery only has urn graves, so following the cremation at Alfaset I gather that the urn will be interred later on when the the ground is not longer frostbound. I will come back to this in due time when the headstone has been put up.

After I received the e-mail, I learned that the court reporter Kjell Arne Totland had already written about Ferner's last resting place in his blog, but he didn't state his sources.
Posted by Dag T. Hoelseth at 20:22 No comments:

The funeral service was described as private, meaning that the media was not allowed inside the chapel during the ceremony. A small pool of photographers covered the event when the mourners entered and left the chapel.

From today's press release from the Royal Court we learn that the ceremony was opened by the musician Ole Edvard Antonsen's trumpet with Aaron Copland's "Fanfare for the Common Man". A group of soloists from the boys' choir Sølvguttene ("Boys of Silver", the Norwegian Broadcasting Corporation's boys choir) sang "Pie Jesu" by Andrew Lloyd Webber. Antonsen also rounded off the ceremony with "Ave Maria" (Bach/Gounod). Hymns during the ceremony were "Alltid freidig" and "Deilig er jorden" ("Fairest Lord Jesus"). The organist was Petter Amundsen.

See also photo and film coverage at VG.no, Dagbladet.no and NRK.no. Among the many wreaths can be spotted one from the Grand Ducal family of Luxembourg as well as the one from Princess Astrid (green ribbon).