I decided to continue my Vestre gravlund (Western Cemetery) series today, even though it is not «Tombstone Tuesday». For earlier parts about the cemetery, go here and here. 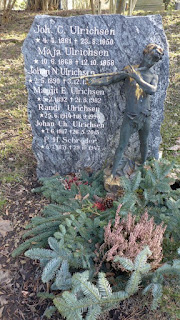 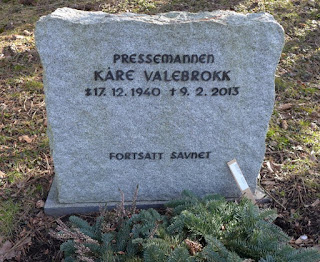 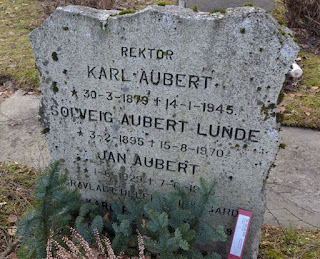 One of several Aubert graves at Vestre gravlund. Aubert is listed in the Danish Book of Nobility (Danmarks Adels Aarbog). 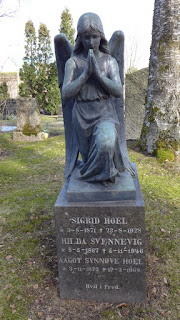 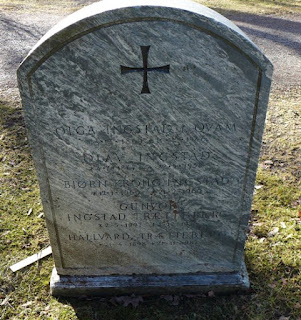 Ingstad and Trætteberg family grave. Hallvard Trætteberg (1898–1987) worked at the National Archives of Norway and was a well-known heraldic artist and expert. He was married to Gunvor Ingstad Trætteberg (1897–1975), a sister of the Norwegian explorer Helge Ingstad (1899–2001). 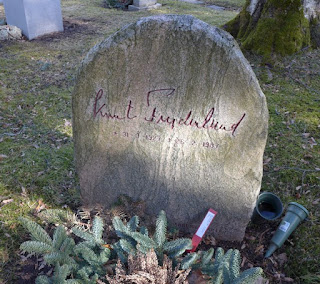 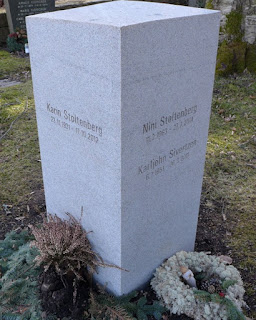 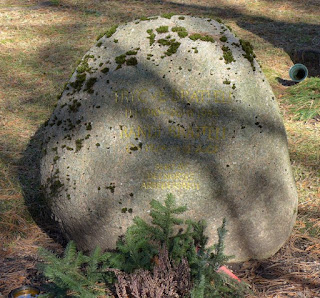 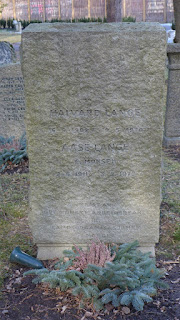 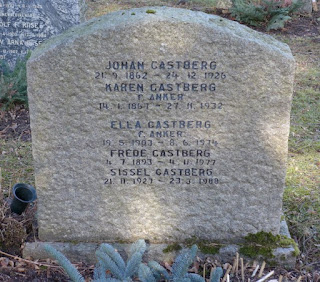 «Have many children, so that your descendants will live all over the earth ...» (Genesis 1,28).


Prince Carl Philip and Princess Sofia are delighted to announce that The Princess is expecting their second child.

The birth is expected to take place in September 2017.

«We are happy to announce that we are expecting a child, a sibling to Prince Alexander. We are looking forward to welcoming a new little member to our family,» says Prince Carl Philip and Princess Sofia.

No changes in the schedule of The Prince Couple's public engagements are planned during the spring and summer of 2017.

The news mean of course that Prince Carl Philip's parents King Carl Gustaf and Queen Silvia are to become grandparents for the sixth time.

The future Prince or Princess of Sweden will at birth enter the line of succession to the Swedish throne as no. 6.
Posted by Dag T. Hoelseth at 20:40 No comments:

Presidential genealogy in the latest issue of American Ancestors 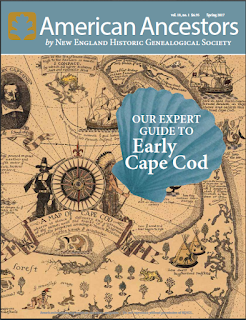 In the latest issue of American Ancestors, one of the two periodicals of the New England Historic Genealogical Society, there is an interesting article titled The Ancestry of President Donald John Trump. An Initial Exploration, written by Alexander Bannerman, Julie Helen Otto and Gary Boyd Roberts.

Gary Boyd Roberts is Senior Research Scholar Emeritus at NEHGS and is well-known for his book Ancestry of American Presidents, which was printed in 2009 and reprinted with corrections in 2012 (ISBN 978-88082-220-6), and which I (of course!) have a copy of. Julie Helen Otto, a former Staff Genealogist at NEHGS, is currently responsible of indexing the New England Historical and Genealogical Register (shortened to The Register) and serves as transcriber for Mayflower Descendants (which is not included in the membership subscription to NEHGS).

Alexander Bannerman is the editor of the periodical Executive Papers, which is the journal of The Hereditary Order of the Families of the Presidents and First Ladies. An ancestor table for Trump will appear in issue 14 of Executive Papers. The said table will be more detailed than the one published in American Ancestors. The Trump family can be traced to Kallstadt in Germany, while the president's mother was born at the Isle of Lewis in Outer Hebrides in Scotland. Some genealogical information about the president has been published on various webpages, including ThoughtCo.com.

According to the Icelandic genealogist Oddur F. Helgason, Trump is a descendant (of among others) the Norwegian King Håkon V Magnusson, cf. Iceland Monitor 24 Janyar 2017, but I would like to see more details of his sources before making further comments.

Parts of the latest issue deal with early Cape Cod ancestry, as demonstrated on the front cover. Besides the Trump article, I also found the article Bringing the Armenian Genocide to Light by Ann Goolkasian O'Donnell to be particularly interesting.
Posted by Dag T. Hoelseth at 18:36 No comments: