The Swedish Royal Court announced today that the christening of Prince Gabriel, second son of Prince Carl Philip and Princess Sofia, will take place in the Royal Chapel at Drottningholm Palace on Friday 1 December 2017.

Prince Gabriel was born on 31 August 2017 at Danderyd Hospital. His name and title was announced on 4 September 2017. Prince Alexander, Prince Gabriel's elder brother, b. 19 April 2016, was also christened in the Drottningholm Palace Chapel (9 September 2016).

Crown Prince Haakon and Crown Princess Mette-Marit of Norway are currently paying a county visit to Nord-Trøndelag. Today they arrived at the island of Jøa in the municipality of Fosnes, where they among others visited the childhood of the author Olav Duun (1876–1939). On the Royal Court's official website you will find will find an article about today's visit to Jøa as well as photos from the country tour. See also NRK.no.

Duun was born at the farm Stein nearby, but lived at Øver-Dun farm at Ramnfjellaksla from he was 7-8 years old until he was 25. After he married Emma Møller (1881–1970) in 1908, he lived in Botne in Vestfold county (Botne became a part of Holmestrand municipality in 1964). He died in Tønsberg in 1939 and was buried at Dun Cemetery at Jøa near his childhood home.

I visited Jøa and Olav Duun's childhood home two years ago. Here are some photos of the farm Øver-Dun and Dun Church and Cemetery. 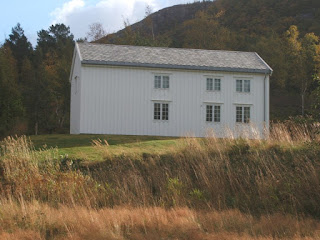 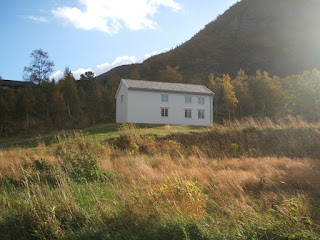 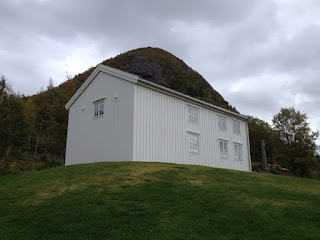 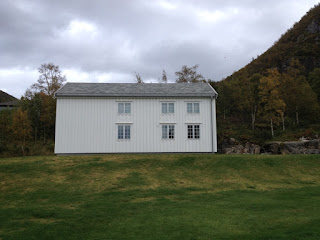 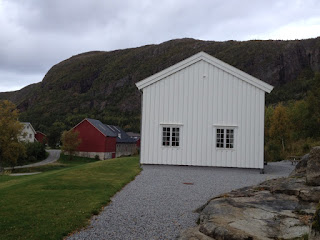 For no particular reason I never took photos of the entrance side of the house. But you you can see one photo of the Crown Prince couple in the door opening here. 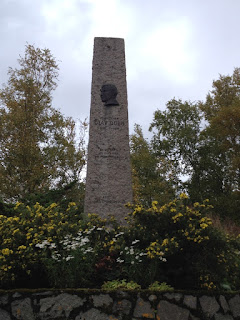 The Olav Duun memorial behind the farm house. 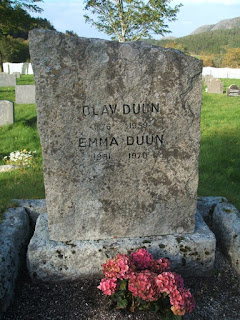 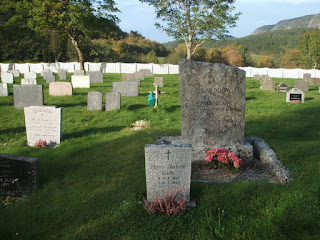 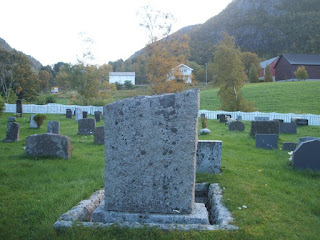 From the back side of the headstone you can actually spot Olav Duun's childhood home. 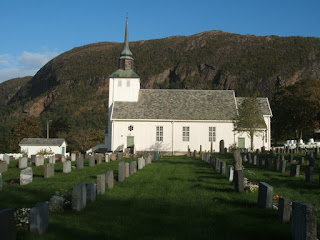 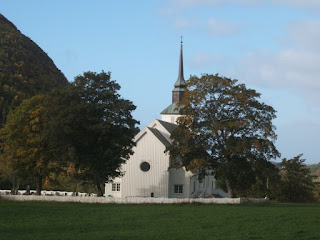 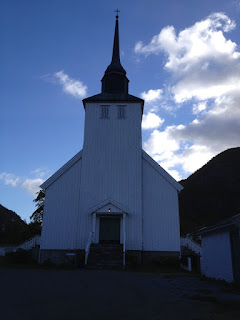 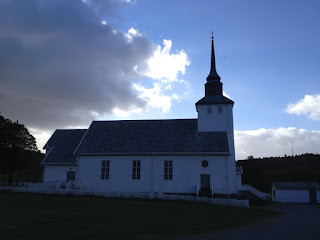 
It is with deep regret that Her Majesty The Queen has asked the Lord Chamberlain to announce:

Following a longer course of investigation, and most recently, a series of examinations conducted during late summer, a team of specialists at Rigshospitalet has now concluded that His Royal Highness Prince Henrik suffers from dementia.

The diagnosis implies a decline in The Prince’s cognitive functional level. The extent of the cognitive failure is, according to Rigshospitalet, greater than expected considering the age of The Prince, and can be accompanied by changes in behaviour, reaction patterns, judgement and emotional life and may therefore also affect the interaction with the outside world.

As a consequence of the diagnosis, The Prince will further downgrade his future activities, just as patronages and honorary memberships will be considered.

It is the wish of The Queen and the Royal Family that The Prince will have the peace and quiet as required by the situation.

During her new year's speech in 2015, Queen Margrethe announced that Prince Henrik had decided to retire from his official duties as of January 2016. A few months later he decided to stop using his title «Prince Consort» and reverted to being «just» Prince Henrik. On 3 August 2017 the Danish Royal Court informed that the prince had requested «not to be buried in Roskilde Cathedral as otherwise planned». The reason for his rather surprising decision was that he felt he was discriminated against because he had not received the title of king (consort) and thus felt he was not on equal foot with his wife the queen. Following the press release, he made comments to the media saying among others that the queen had made a fool of him. Prince Henrik has been occupied with the idea of being titled as king consort for quite some time, but his rather erratic behaviour in August made many observers feel that something was wrong with him. Although one could understand the reasoning behind his demands, his way of punishing his wife was uncalled for. In other words, today's press release doesn't come as a big surprise, and his health situation obviously explains his behaviour to a large extent. It is just sad that the court didn't protect him better back in August, and equally sad that the media didn't follow the Danish set of principles concerning press ethics, as it was obvoious to most people that the prince needed to be protected against himself.

I also hope not only that the media now will respect Prince Henrik's need for peace and quiet, but also that the public will also remember his many years of tireless work for the good of Denmark.

UK: The Duke and Duchess of Cambridge are expecting their third child

Just before the name of Prince Gabriel of Sweden was announced in the Council of State at Stockholm Palace today, the British Royal Court at Kensington Palace informed that Catherine, the wife of Prince William, Duke of Cambridge, was pregnant again:


The Duke and Duchess of Cambridge are expecting their third child

The Queen and members of both families are delighted with the news.

As with her previous two pregnancies, The Duchess is suffering from Hyperemesis Gravidarum. Her Royal Highness will no longer carry out her planned engagement at the Hornsey Road Children's Centre in London today. The Duchess is being cared for at Kensington Palace.

As far as I know no information has been revealed about the due date, but obviously the duchess is less than 12 weeks pregnant, so the baby will be born some time in the spring of 2018.

The ducal couple's first child, Prince George, was born in 2013, while the second child, Princess Charlotte, arrived in 2015.

Postscript 19 October 2017: Kensington Palace released the following statement via its Twitter account on 17 October 2017: «The Duke and Duchess of Cambridge are delighted to confirm they are expecting a baby in April 2018.»

In the Council of State held at Stockholm Palace today it was announced (*) that Prince Carl Philip and Princess Sofia's son, who was born on Thursday 31 July 2017, had received the name Gabriel Carl Walther. It was also announced his first given name Gabriel was to be his call name. He had also received the title Duke of Dalarna.

When I commented on the name possibilities on Thursday, I said that everything was possible. That was why I argued, with my tongue in cheek, that Alfred was a good alternative for the newborn prince. It would go well together with his brother Alexander's name  as well. I was certain, however, that Folke would be one of the names, as the three earlier princes of the present generation – Nicolas (Paul Gustaf), Oscar (Carl Olof) and Alexander (Erik Hubertus Bertil) – all had got one of their names from their grandfather King Carl Gustaf Folke Hubertus. But I was wrong on that as well.

In the end no-one had guessed Gabriel for the baby prince's call name. No members of the Bernadotte family have the name Gabriel. But in the European Royal Family we have Prince Gabriel of Belgium – second child of King Philippe – and Prince Gabriel of Nassau, eldest son of Prince Louis. So in other words not a tradtional Swedish royal name, but something the parents opted out of personal preference. They might have felt that as Prince Gabriel was far down in the line of succession, they were less bound by tradition. Then again, Crown Princess Victoria and Prince Daniel were not so committed to royal traditions when they named their first child Estelle... Prime minister Stefan Löfven said that the prince «without any doubt was a little Gabriel», whatever he meant by that.

Gabriel is a common name in Sweden, but not among the most popular names. According to Statistiscs Sweden, 341 boys received the name Gabriel last year, which resulted in a 42nd place. All in all 17 709 men in Sweden have the name Gabriel, while 10 297 men has Gabriel as their call name.

It should be added that there have been a few surprises earlier as well. Just think about Prince Sigvard and Prince Lennart. The name Gabriel, even though it is not a traditional Swedish royal name, will work well, and it goes well together with Alexander too, I think.

The second name Carl is of course a very popular royal name in Swedish history. It is part of the current king's name, and is also the second name of Prince Gabriel's first cousin Prince Oscar. The third name Walther obviously comes from Queen Silvia's father Walther Sommerlath (1901–1990). One of her brothers also has the name Walther.

Many had guessed that Prince Gabriel would receive the ducal title of Dalarna, because his mother Princess Sofia grew up there. Then again, so did many before Prince Alexander's title was announced. As Trond Norén Isaksen pointed out in his blog article today, it was actually «the first time that such personal connections are taken into consideration for the choice of dukedom». Isaksen wrote, by the way, an excellent article on Swedish Royal Dukedoms in Royalty Digest Quarterly no. 2, 2016.

Prince Gabriel is the third member of the Bernadotte dynasty to receive the title Duke of Dalarna. Previous dukes of Dalarna were Prince August (1831–1873) and Prince Carl Johan (1916–2012) until he lost his titles in 1946.

Following the birth of Prince Gabriel, the line of succession to the Swedish throne is as follows:
(*) English version of the announcement.