The Norwegian-born Princess Kristine Bernadotte, née Rivelsrud, third wife of Prince Carl Bernadotte (1911–2003), died last year (4 November 2014) in Benalmadena, Spain. When the news of her death was announced on 8 November 2015, I started to explore her ancestry and published my findings at Slektshistoriewiki, the Norwegian genealogy wiki administered by Norsk Slektshistorisk Forening, the Norwegian Genealogical Society.

The article is far from finished, but during the weekend of 8–9 November 2014 (and later the same month) I found a lot of new information, among others details about Princess Kristine's Swedish ancestry. Her ancestor no. 20 was a Didrik Bergman, b. around 1804,* who had a child with Maria Jonsdotter Mellberg, b. around 1809.**

In the last issue of VärmlandsAnor, the newsletter of Värmlands Släktforskarförening (Värmland's Genealogical Society), the article Prinsessan Kristine Bernadottes härstamning från den värmlandska släkten Bergman was published («Princess Kristine Bernadotte's descent from the Bergman family of Värmland») (VärmlandsAnor 2015:3, pp. 12–15). The author is Johan R. Honkainen Gyllenspetz. The author says the article should only be regarded as a «delrapport» («part report», section). He has focused on the Bergman family and not the other Swedish lines, but might do more research on Princess Kristine's roots later.

Issue no. 2015/3 can be obtained from the Värmland's Genealogical Society (see link above). The Slektshistoriewiki article will soon be updated with the new details. 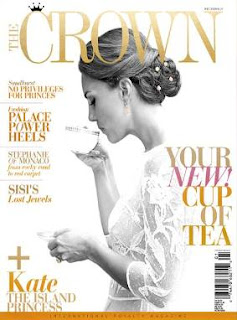 The Crown, which presents itself as the international royalty magazine, was launched earlier this month, and Majesty Magazine has finally got some real competition again. The Crown is a so-called spin-off of the Dutch magazine Vorsten, which has been published for more than 40 years in the Netherlands. I definately think it has made a promising start, with many interesting articles.

Having said that, I am not really sure if I am in the magazine's target group. The majority of its readers will most surely be women, and will therefore be expected to have more articles about fashion than I would like. I am not much interested in jewels and tiaras and diadems either, although I admit that these are important parts of a monarchy's history. I generally prefer to read magazines and periodicals with more text and less photos. After all, my main interests within the royalty world is history, especially the constitutional part, and genealogy.

Then again, The Crown needs to be more than a popular science magazine to sell, and certainly not a scholar one. Even though I prefer text to photos, I have to say that the illustrations are great to look at. The 148 pages long magazine is filled with as many as 319 pictures (according to the magazine's website). The photos of the king and queen of Bhutan are, for instance, just stunning.

The magazine can also boast of 25 royal stories, 30 crowns and tiaras, and covering as many as 107 royals. The front page shows the Duchess of Cambridge, followed by the article Catherine, the island princess, which among others deals with the fact that she has little contact with other royal spouses, in contrast to her Scandinavian and Benelux counterparts. I hope the future issues will also have other, non-British, royals on the front page, even if the UK and the USA probably will be the most important market.

In the first issue the current and former monarchies of the UK, Austria, Monaco, Norway, the Netherlands, Denmark, France, Württemberg, Bhutan, Jordan, Belgium, Spain and Russia are covered. There are interviews with Queen Margrethe and Prince Henrik of Denmark in connection with the former's 75h birthday celebrations earlier this year (the Prince Consort again insists on how unfair he thinks it is that he is titled Prince Consort and not King Consort!) and Princess Haya, née Princess of Jordan, now wife of Sheikh Mohammed Bin Rashid Al Maktoum of Dubai, about the princess's love for horses. The magazine has something to offer for the history interested as well – with articles about Princess Charlotte of Wales (1796–1817), who died in childbirth the year after marrying the future King Leopold of the Belgians, Empress Elisabeth «Sisi» of Austria (about her jewels ...), Napoleon, Josephine de Beauharnais and Czar Alexander I of Russia in the article 2 Emperors & 1 empress, as well as In the footsteps of Napoleon in Paris (and Amsterdam) and finally an article based on Helen Rappaport's book Four Sisters. The Lost Lives of the Romanov Grand Duchesses (Olga, Tatiana, Maria and Anastasia, of course).

If we could have less articles like Palace Power Heels (!), Fashion: dresses for the little princesses, The Princess Royal's fashion sense, No tiara but ... (about royal brooches! – then again not a bad idea as an alternative to all the tiaras and diadems) and Fashionable queens and princesses and more articles like Bhutan's beautiful King & Queen (although there certainly are more to them than just beauty) and Three new kings within a year: the Netherlands, Belgium, Spain, then I would be happy. But again, I don't think I am in the target group. Still. can we hope for articles about the sultanates in Malaysia and the kingdoms of Morocco, Lesotho and Cambodia, at least once in a while? :-)

The idea behind the article When the spare becomes heir is a good one. If only the magazine had double-checked the Norwegian Constitution first. We are told that «In Norway, women were not entitled at all to the throne – until 1971. That year the law changed, but boys still came before girls. This is why Princess Märtha Louise (1971) had to give way to brother Haakon (1973). In the meantime, Norway has also caught up with modern succession laws – though not retroactively, meaning Haakon remains Crown Prince, but his daughter Ingrid Alexandra will become the Crown Princess once he is inaugurated».

No, the succession law was not changed in 1971, but in 1990. First then did women (but not those born before 1971) get equal succession rights. But because Haakon ever since birth had been raised to one day succeed his father as Crown Prince and later King, it was considered unfair if he should now be replaced by his elder sister. The last sentence of the fifth paragraph of article 6 of the Norwegian Constitution was therefore made as follows: «For those born before the year 1990 it shall nevertheless be the case that a male shall take precedence over a female.»

The nexzt issue, which will go on sale in early 2016, will contain among others articles about Queen Elizabeth II of the UK at 90 (the subject title The Queen at 90 annoys me, though), Empress Michiko of Japan, Queen Máxima, the Duke of Windsor, Diana, Princess of Wales as a jewellery trendsetter, the royal yacht Britannia as well as an interview with Princess Märtha Louise of Norway.

The magazine costs £8,50 (CAD 23,90, USD 20,99, NL/BE €9,95), and is planned to come out 4 times a year. The publishers is New Skool Media BV, with Justine Marcella as editor-in-chief. The Crown has already been established with its own website, http://www.thecrownmag.com, Facebook page (https://www.facebook.com/thecrownmag) and Twitter account (https://twitter.com/TheCrownTweets).

Vestre gravlund («Western Cemetery») in Oslo, Norway, or «Oslo Western Civil Cemetery», as referred to at Findagrave.com, is the largest cemetery in Norway (243 decares, close to 61 acres) and was inaugurated in 1902.

It is one of my favourite cemeteries and one I have visited many times to take grave photos, but so far I have only published two of them at my blog – the grave of Anne Lütken and the Ferner family grave. I also worked one summer at Vestre gravlund as a gardener in my student days in the 1990s.

I have recently received photo requests from other contributors at Findagrave.com and have added them earlier this evening (the photos were all taken yesterday, 19 September 2015). For the record I publish the photos here as well, and hope to return with more photos from Vestre gravlund (and other cemeteries) later this fall. 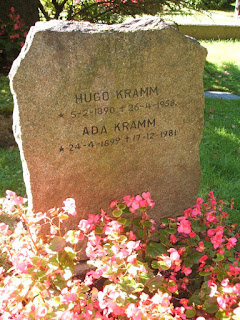 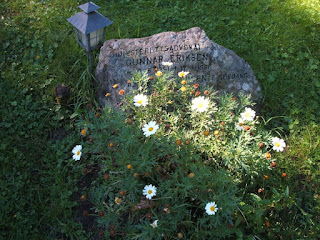 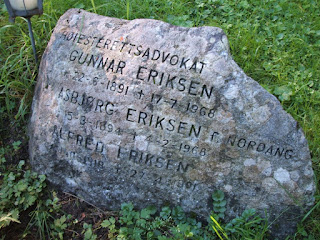 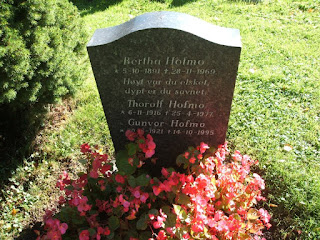 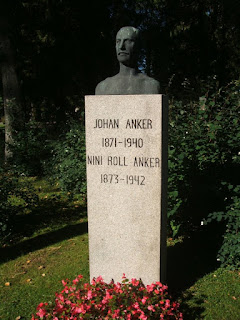 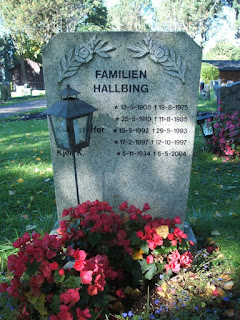 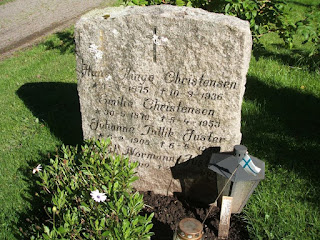 The media is always speculating about royals being pregnant. And in most cases the media will sooner or later get it right. Speculations about Crown Princess Victoria of Sweden's "condition" has been circulating for some time, especially after photos from this summer's vacation were published. Today the Swedish Royal Court put an end to the speculations with the following confirmation:


The Crown Princess Couple is expecting a child

The birth is expected to take place in March of 2016.

No changes in the schedule of The Crown Princess Couple's public engagements are planned during the fall of 2015.

The prince or princess, to be born some time in March 2016 if everything goes as expected, will be Crown Princess Victoria and Prince Daniel's second child. Their first child, Princess Estelle, Duchess of Östergötland, was born on 23 February 2012. Estelle's little brother or sister will be King Carl XVI Gustaf and Queen Silvia's fourth grandchild, and will take his or her place as no. 3 in the line of succession.
Posted by Dag T. Hoelseth at 21:07 No comments: