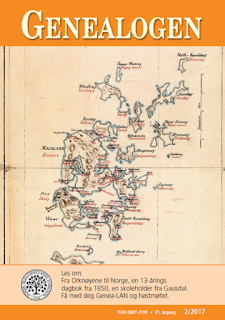 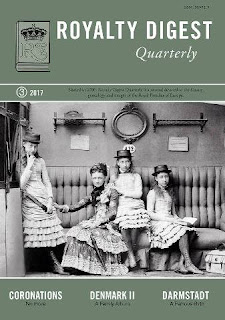 I received my copy of  Royalty Digest Quarterly no. 3, 2017 at the end of September. It is on due time to give some of my impressions.

The photo on the front cover shows Queen Louise of Denmark (1817–1898) and her granddaughters Princesses Victoria, Maud and Louise of Wales. The photo was taken at Wiesbaden in 1882 according to the editor's photo caption on page 2. In his Editor's Corner Ted Rosvall is this time commenting on the names of Prince Carl Philip and Princess Sofia's second son Gabriel Carl Walther. Rosvall gives examples of other members of the Royal European Family who have the name Gabriel. He wrongly refers to Prince Louis of Luxembourg's son Gabriel, born 2006, as a Count of Nassau (and not Prince of Nassau, as he really is), but that is of course a trifle.

There are many interesting articles in the present issue. The first one is titled The End of Swedish Coronations which is written by the historian Trond Norén Isaksen. He gives a detailed and well-sourced account for why the coronation ceremony was dropped after Gustaf V became King.

The second article is written by the freelance journalist and historian Elizabeth Jane Timms and is titled Birth in Darmstadt – Princess Alix of Hesse. Princes Alix was the sixth child and fourth daughter of Prince Ludwig, later Grand Duke Ludwig IV (1837–1892), by his wife Princess Alice of the United Kingdom of Great Britain and Ireland (1843–1878). Princess Alix was of course later better known as Alexandra Feodorovna, Empress of Russia, spouse of Emperor Nicholas II.

Everyone who has followed my blog which includes many articles about graves and cemeteries will not be surprised by how much I enjoyed Lucas Szkopinski's article The Final Resting Places of the Members of the Albanian Royal Family 1934–2012. Besides the historical outline of the short-lived Albanian monarchy and the members of the Albanian Royal Family, one will find photos of King Zog's original tomb at the Thiais cemetery outside Paris and the burial places in Tirana and Istanbul. Knowing that the remains of King Zog were about to be moved from France to Albania, I hurried to visit the Thiais cemetery in October 2009. I hope to visit Tirana some time later.

Issue no. 3, 2017 brings the second part of The Royal House of Denmark – A Family Album by the periodical's historical consultant Charlotte Zeepvat. Besides the introduction, the readers are treated with 96 images and two pages with family tables. I suppose that the next issue will bring the third and final part of the family album covering Denmark.  And wonder when it will be Norway's turn?

Following the family album comes the obituary of Patricia Knatchbull, 2nd Countess Mountbatten of Burma (1924–2017), who died on 13 June this year. The obituary is written by Marlene A. Eilers Koenig, author of among others Queen Victoria's Descendants (1st edition, 1987; 2nd edition,1998; companion volume, 2004).

Another ongoing serial in the RDQ is called Little-Known Royals. One can always discuss how little-known some of these royals are, but I guess I am not the right person to ask.  Anyway, Coryne Hall has written a nice piece about Princess Katharina of Greece (1913–2007), later known as Lady Katherine Brandram.

I have always enjoyed the serial Half a Century of Royal Letters; 1899–1946, collected by John Wimbles from the Romanian National Archives (among others) and compiled by David Horbury. Part 5 brings many interesting letters. The following extract, taken from a letter from Princess Alexandra of Hohenlohe-Langenburg (1878–1942), née Princess of the United Kingdom of Great Britain and Ireland, to Queen Marie of Romania (1875–1938), written on 1 March 1924 at Coburg, makes me shudder:


The father was born before the war in one of the German colonies and does not seem to have had quite a clear reputation in some business affairs. The mother is of a good (half French, half Luxembourg family, the best part of the family it seems) but the worst of all that could be, the mother of  the father was a jewess. And that, of course, is a thing we could not get over.

The said people were parents of a «Frl Essen», once the girl-friend of Princess Alexandra of Hohenlohe-Langenburg's son Prince Gottfried (1897–1960), who later married Princess Margarita of Greece (1905–1981).

The present issue is concluded by the column The World Wide Web of Royalty, which brings genealogical news from the Royal, Princely and/or Ducal houses of Beaufort, Hannover, Oldenburg, Richmond, Ruffo and Sweden.

Duke and Duchess of Cambridge to pay Norway an official visit

The Norwegian Royal Court announced today that the Duke and Duchess of Cambridge (William and Catherine) are coming to Norway for an official visit in early 2018.

The exact date and program has not yet been set. According to a tweet from Kensington Palace earlier today, the couple is also going to visit Sweden. The tweet says that the couple will undetake the official visit «at the request of the FCO [Foreign & Commonwealth Office]».
https://twitter.com/KensingtonRoyal/status/92022379052470681
https://twitter.com/KensingtonRoyal/status/920223790524706816
Posted by Dag T. Hoelseth at 22:50 No comments:

The death of King Bhumibol on 13 October 2016 has been marked by a one-year period of mourning. From the 25th to the 29th of October several ceremonies will take place. The actual cremation will be held on 26 October 2017, with many royals and other dignitaries in attendance. More details can be found among others on the Bangkok Post's Royal Cremation Ceremony page and Wikipedia.

Crown Prince Haakon will travel to Thailand alone. On the same day as the cremation ceremony takes place, his wife Crown Princess Mette-Marit will together with Princess Astrid Mrs. Ferner attend the gala dinner for the members of the Norwegian Parliament (Stortinget) hosted by King Harald and Queen Sonja.
Posted by Dag T. Hoelseth at 19:13 No comments: 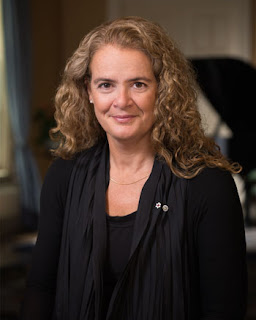 Julie Payette was today installed as Canada's 29th Governor General in a ceremony which took place inside the Senate Chamber on Parliament Hill in Ottawa. The ceremony started at 10.55 a.m. local time. According to the press release, the ceremony was to be followed by military honours and the inspection of a guard of honour outside of Parliament (12.15 p.m.). Ms. Payette will then lay flowers at the National War Memorial (1.45 p.m.), before arriving at Rideau Hall, the official residence and workplace of the governor general in Ottawa (1.55 p.m.). The day will conclude with an evening reception at the Canadian Museum of History (7 p.m.).

Payette replaced David Johnston, who was installed as Governor General on 1 October 2010. Johnston bid farewell at a ceremony last Thursday. His term was originally meant to expire in 2015, but was extended with two years. Payette, b. 1963, is a businesswoman and a former astronaut and engineer. She has been married twice and has one son.

In connection with Payette's installation, her coat of arms was unveiled. 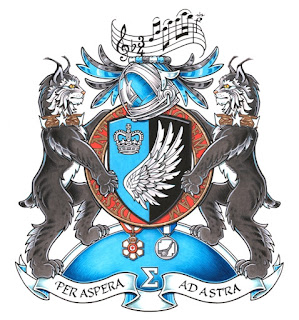 © The Office of the Secretary to the Governor General. Copy of the version at gg.ca.

Arms: Per pale Azure and Sable a wing and in the canton the Royal Crown Argent.

Crest: A musical stave bearing the first notes of the second movement of Alessandro Marcello’s Oboe Concerto in D minor Sable; Motto: PER ASPERA AD ASTRA, meaning “Through hardship to the stars”.

Supporters: Two lynx Sable embellished Argent each wearing a collar set with laurel leaves Or and mullets Argent, and standing on the planet Earth Azure, its atmosphere Argent, charged with the Greek letter sigma (Σ) Argent.

More information about the coat of arms can be found at the website of the Governor General's Office. 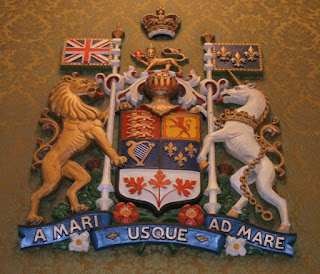 The national coat-of-arms of Canada. Photo taken inside Parliament Hill in 2008. 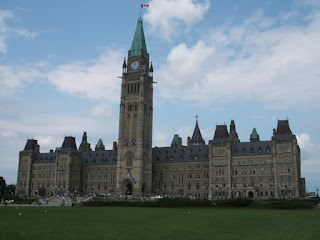 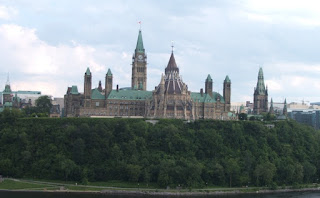 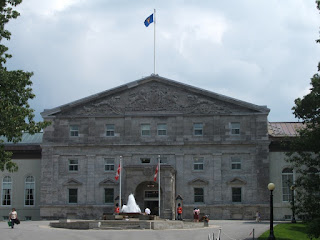 Rideau Hall, the official residence of the Governor General of Canada. 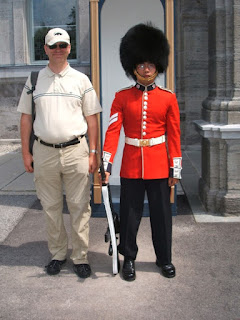 Well, just to prove that I have been there!