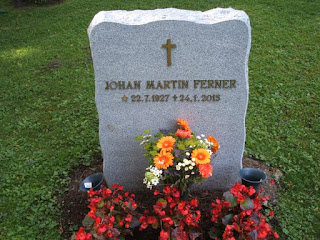 Johan Martin Ferner, the husband of Princess Astrid, died on 24 January 2015, 87 years old. The funeral service took place at Holmenkollen Chapel in Oslo on 2 February. The urn was intered at Ris Cemetery (officially Ris urnelund/Ris urn garden) on Monday 15 June 2015. The urn grave has been leased together with 3 other urn plots.

When I visited the cemetery the day after, the headstone was - perhaps as expected - not put up yet. This was done later this summer. The four photos were all taken yesterday, 12 August 2015. 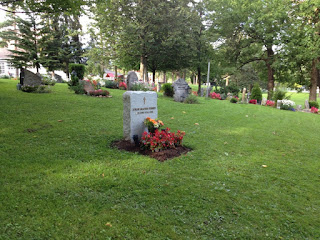 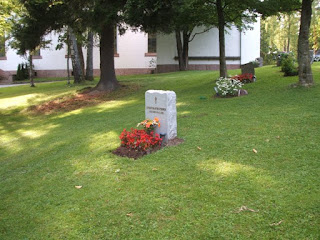 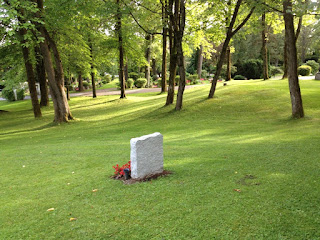 For other photos of the church and the cemetery, go to Lokalhistoriewiki (Ris kirke; Ris urnelund).
Posted by Dag T. Hoelseth at 21:20 No comments: