The members of the Storting, the Norwegian Parliament, voted today over a constitutional bill (Dokument 12:10 (2011-2012)) to change the form of government from monarchy to republic. The bill, which traditionally is put forward by the Socialistic Left Party* every fourth year or so, got 28 votes, which later were corrected to 26, as two MPs had voted in error.

This was the 12th (or was it the 13th?) time the Storting has voted over the question about the form of government. There was of course never any danger of a constittional majority for such a bill, but is is nevertheless a way for the republican minority to demonstrate their principles and to initiate a debate. Or to put it another way, the 137 MPs who voted against the bill demonstrated how strong the people's support of the monarchical form of government still is. Of course, if Norway had decided to start from scratch, a republic certainly would have been established. But that is exactly the point. A majority of the people don't want to throw away a thousand years of tradition and history. The majority of MPs mirrors the wish of the people.

If the bill had got a constitutional majority (2/3), the republic would not have been adopted right away, as the proposal said that the bill would come into force on 1 January the year after the people had voted in favour of the bill in a referendum The referendum should take place no later than 31 September 2017.

As explained at the website of the Storting, a «proposal to amend the text of the Constitution must be submitted to the Storting during one of the first three years of a four-year parliamentary term. Even if the right of initiative belongs to the government, such proposals are normally presented by individual members of Parliament. Such proposals cannot be considered by the Storting until one of the first three years of the next parliamentary term, a system that provides an opportunity for the electorate to have its say through the election of the new Parliament. The proposal is considered by the Storting in a sitting in which at least two-thirds of the members of the Storting must be present to constitute a quorum. Of these, at least two-thirds must vote in favour of the proposal in order for it to be adopted.»

Of the 26 MPs who voted in favour of the republican bill, 16 MPs represented the Labour Party, 6 the Socialist Left Party and 3 the Liberals. The remaining vote was made by a member of the Conservative Party. 137 MPs voted against the bill, while 6 MPs were not present in the Storting today.

*Traditionally the republican bill has been put forward by members of the Socialist Left Party only, but this time also four members of the Labour Party were behind it. 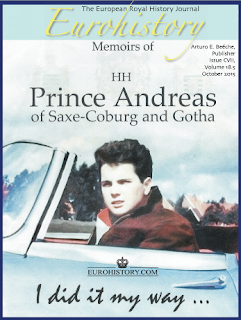 I received issue CVII (Volume 18.5) of Eurohistory. The European Royal History Journal in early March 2016 and will give a few comments on its contents tonight. Together with the magazine followed a little leaflet where the subscribers are informed that for financial reasons the magazine will from the next volume on become a quarterly instead of a bimonthly publication. While I am not exactly amused by this news, I can well understand the reasons behind it. The editor and publisher promises more pages and articles, so the readers will surely still have a product worth subscribing to.

Back to the latest issue! A photo of Prince Andreas of Saxe-Coburg and Gotha is on the front page, and it surely is the prettiest and coolest ERHJ front cover ever! The cover photo is identical to the one used for Prince Andras' autobiography, I did it my way. Memoirs of HH Prince Andreas of Saxe-Coburg and Gotha (Eurohistory, 2015, ISBN 978-1-944207-00-7), which was launched at the Royal Gatherings (conference) in the Hague, the Netherlands in early November 2015. I attended the conference and of course secured myself a signed copy.

Arturo Beéche's article about Prince Andreas in the present issue is clearly based on the speech the publisher held when the book was launched. It provides a good summary of the life of Prince Andreas, and even with some loose ends, is well worth reading. The whole story can of course be found in the autobiography.

Next one out is Ilana D. Miller's article Who Is In the Photograph. Queen Victoria's Granddaughters, and she tells the story of Princess Irene of Prussia, Princess Helena Victoria of Schleswig-Holstein, Hereditary Princess Charlotte of Saxe-Meiningen, Princess Marie Louise of Schleswig-Holstein and Princess Alix of Hesse and by Rhine. Miller says that it is one of the most photographs she has ever written about «because so much of the sitter's personalities is shown on their faces». This must not be taken as any sort of criticism, just a question mark, as I feel the author is reading too much into the photograph. The women are to me just plain-looking. I liked the article, though!

Greg King and Janet Ashton then follows up with the third and last part of their article Perfect Liar. The Extraordinary Life of Princess Catherine Radziwill. In the first part we are told the story of Princess Catherine Radziwill's life, while the second and third parts give an analysis of her writings. What is historically accurate, what is gossip and/or fiction? The conclusion must be, King and Ashton write, that «In the end, declaring Catherine an unreliable gossip and dismissing her work is as historically irresponsible as wholeheartedly embracing her literary output as fact. As with most things in life, the truth rests in the middle». The authors have provided an excellent analysis and the three-part article is all in all one of the best and most interesting ERHJU articles I have ever read.

The celebrations of the wedding of Lady Alice Montagu-Doucglas-Scott and the Duke of Gloucester (Prince Henry of the United Kingdom) on 6 November 1935 were pared down because of the death of the bride's father on 19 October. But the union seems to have been a success, and the author of the article The Wedding of Lady Alice Montagu-Douglas-Scott & HRH The Duke of Gloucester, Marlene A. Eilers Koenig, covers the events up to and the wedding itself rather well.

Coryne Hall has written several articles based on her book Princesses on the Wards. Royal Women in Nursing through Wars and Revolutions (The History Press, 2014, ISBN 9780752488592). In the present issue she presents several of the royal women she has written about in her book. 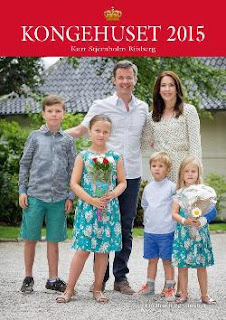 Hall is also responsible for three book reviews this time:
The book reviews section does for some reason state that Matthias Pettersson was the author of the Swedish year book, while it was in fact written by Karin Schaefer.

Finally, Eurohistory brings you the Royal News section, this time with news from the imperial, royal or princely and/or mediatized houses of Austria, Monaco, Oldenburg, Parma, Prussia, Romania, Savoy, Saxe-Coburg and Gotha, Saxe-Meiningen, Sweden, Croÿ, Solms-Baruth and Thurn and Taxis.

The publisher of The European Royal History Royal can be reached at erhj [at] eurohistory.com. Eurohistory also has a blog as well as a Facebook page which will keep the readers up to date with news about royalty and the magazine and other publications that Eurohistory can offer. 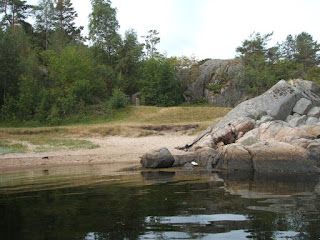 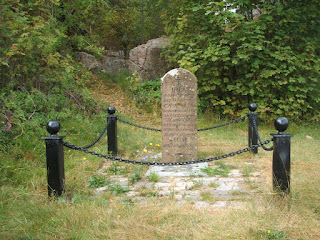 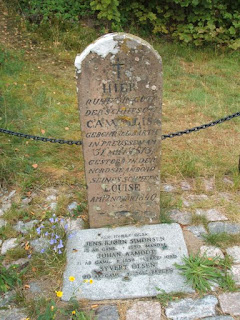 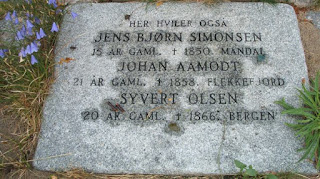 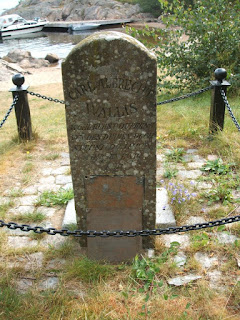 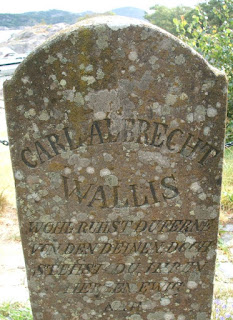 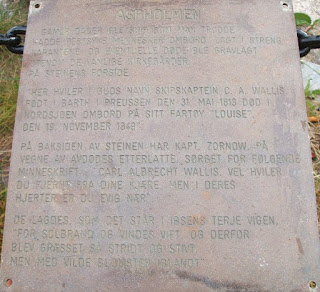 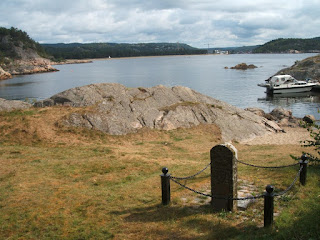 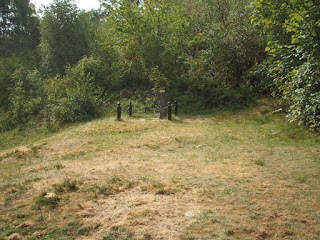 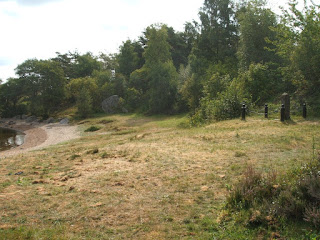 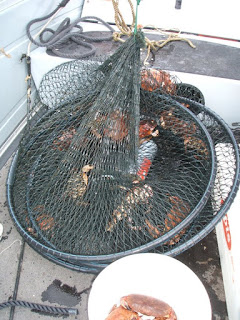 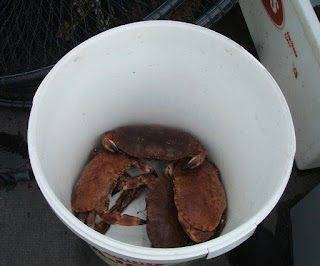 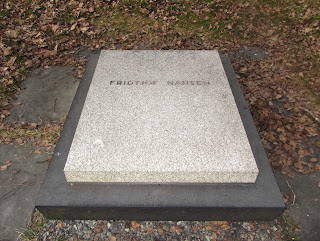 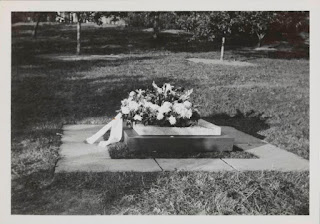 Following the birth of Crown Princess Victoria and Prince Daniel of Sweden's son yesterday, the King announced in the special Council of State at the Royal Palace in Stockholm today that the newborn prince has received the names Oscar Carl Olof and the dukedom of Skåne. The first of the three names, Oscar, will be the boy's call name.

I must say I am both surprised and delighted that the prince has received such a traditional Swedish royal name. After the surprise the Crown Princess couple made when their firstborn was named Estelle and when Princess Madeleine's children were named Leonore and Nicolas, it was almost impossible to guess on the newborn's name.

The last duke of Skåne was Prince Oscar's great-great-grandfather King Gustaf VI Adolf (1882–1973). He also had Olaf (with an a) as one of his given names. The newborn's third name is spelt Olof with an o, though, but close enough! The prince's father Prince Daniel also has the name Olof.

I don't feel it is necessary to list all the people in the Bernadotte dynasty or family who had or have the names Oscar or Carl. Just check out An Online Gotha!

The updated line of succession to the throne of Sweden is as follows:

Crown Prince Victoria and Prince Daniel of Sweden became parents to a boy at Karolinska University Hospital at 8.28 p.m. today, 2 March 2016, the Marshal of the Realm has announced:


Crown Princess Victoria and Prince Daniel have had a son

On Wednesday March 2 at 08.28 pm, Crown Princess Victoria gave birth to a son at Karolinska hospital in Stockholm.

Prince Daniel was present at the hospital throughout the birth.

Prince Daniel also met with media at the hospital and told around 30 journalists and photographers about the great news and their happiness.

At the short press conference tonight Prince Daniel informed that the name of the newborn prince, who is third in line of succession to the Swedish throne, was going to be announced tomorrow (Thursday 3 March). The boy is the Crown Princess couple's second child. Their firstborn, Princess Estelle, was born on 23 February 2012. The prince is King Carl Gustaf and Queen Silvia's fourth grandchild and second grandson. Crown Princess Victoria's younger brother Prince Carl Philip and his wife Princess Sofia will become parents for the first time later in the spring.

The day has in other words brought both sorrow and happiness in the Swedish royal family. The court announced earlier today that Prince Johann Georg of Hohenzollern, husband of Princess Birgitta and thus a brother-in-law to the king, died this morning in Munich, Germany, 83 years old.
Posted by Dag T. Hoelseth at 23:18 No comments: