The Sultanzade was born in Geneval, Switzerland in 1918 as the son of Sultan Abdulhamit II's daughter Ayse Sultan. He worked as an art dealer and moved to Turkey in 1974.

The funeral was attended by many members of the Ottoman dynasty as well as the Turkish prime minister Recep Tayyip Erdogan.

Postscript 30 July 2010: I have been updated on the Ottoman titles and have made a few corrections accordingly.

Countess Ruth of Rosenborg has died

Alice Ruth Nielsen was born in Copenhagen on 8 October 1924 as the daughter of Kai Nielsen and Edith Fischer. She was educated as a translator in French and as a Bachelor of Commerce, but after marrying Prince Flemming of Denmark she focused on raising their four children. She did, however, run Dansk Dental Depot (a wholesale dental equipment business) for 1 1/2 year and was also responsible for keeping the accounts at the farm Tranemosegaard, which the couple owned for some years.

Ruth Nielsen married Prince Flemming of Denmark, son of Prince Axel and Princess Margareta, on 24 May 1949. As the marriage was not consented, Prince Flemming lost his princely title and got the noble title Count of Rosenborg instead. Count Flemming died in 2002.

The Danish Royal Court announced today 25 July 2010 that Princess Nathalie of Sayn-Wittgenstein-Berleburg and her husband Alexander Johannsmann yesterday at 18.45 became parents to their first child, a boy, at a birth clinic in Berleburg, Germany.

The newborn son, whose name is not yet announced, is the third grandchild of Princess Benedikte of Denmark and Prince Richard of Sayn-Wittgenstein-Berleburg. Princess Nathalie and Alexander Johannsmann entered a civil marriage on 29 May 2010. The date for the religious ceremony is not known yet. The couple lives at Schloss Berleburg in Nordrhein-Westfalen

The pregnancy was made public in March 2010.

The Princely Court of Monaco announced today, 22 July 2010, that the religious ceremony for the wedding between HSH Prince Albert II and Charlène Wittstock will take place on Saturday 9 July 2011.

The civil wedding will take place at the Palace on Friday 8 July 2011. 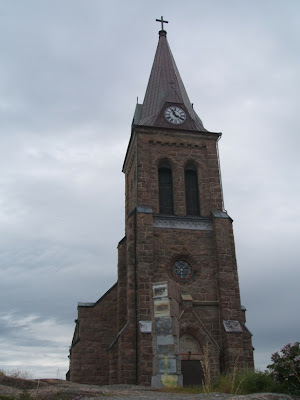 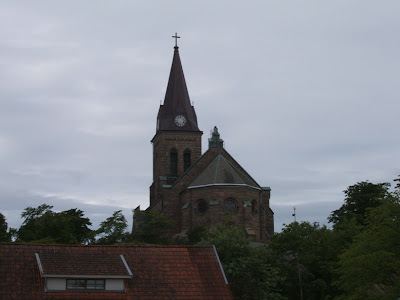 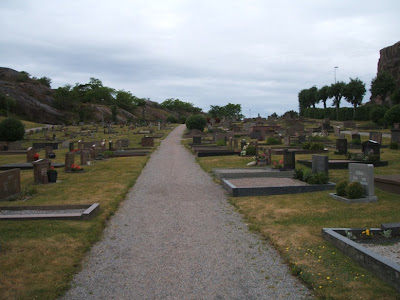 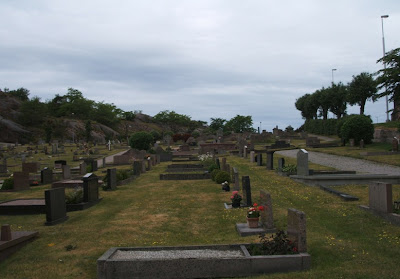 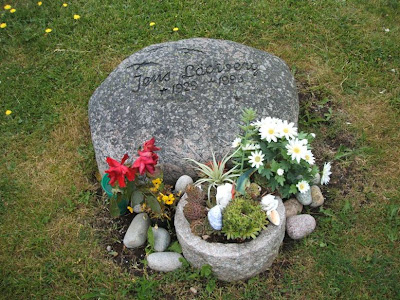 The grave of Jens Läckberg is mentioned in Camilla Läckberg's novel Fyrvaktaren ("The Lighthouse Keeper"), 2009. In the Norwegian edition, p. 379, one can read:

Presumably Camilla Läckberg had written her own father into the story. 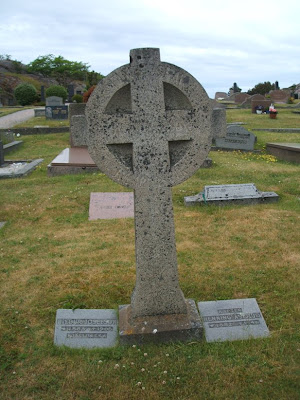 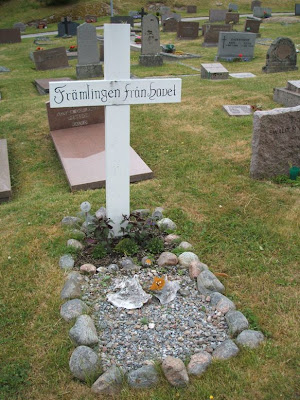 The stranger from the sea. 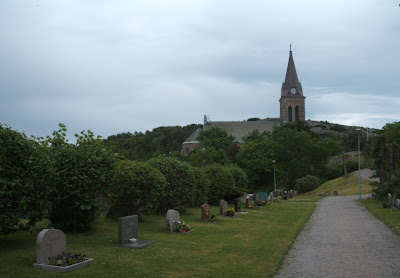 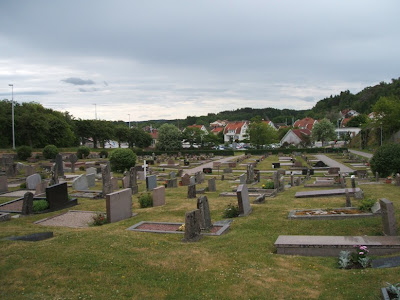 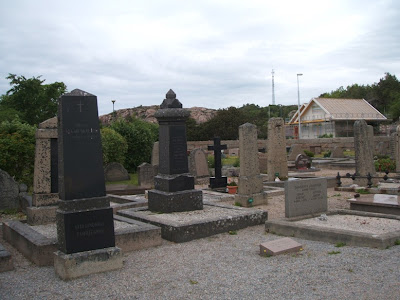 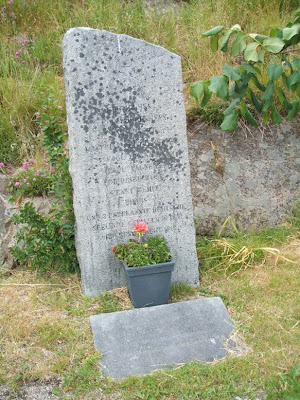 A grave of German soldiers who were washed ashore during WW1. The bodies were moved to the German section of Kviberg cemetery in Gothenburg in 1966. I suppose that the grave shown in the photo is the same grave mentioned in Camilla Läckberg's novel Tyskungen ("The German Brat") from 2007, in my opinion the best book she has written so far.

Fjällbacka kyrka (church) was finished in 1892. It was built from the red granite which can only be found in Bohuslän. The cemetery was consecrated in 1907 and expanded in 1970. 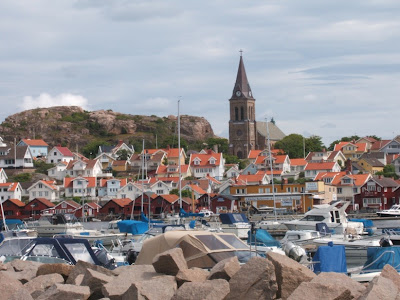 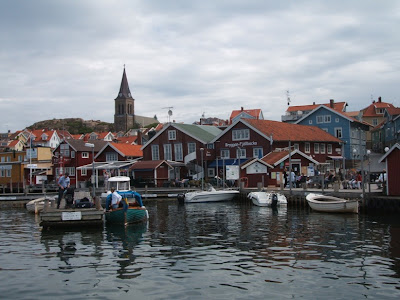 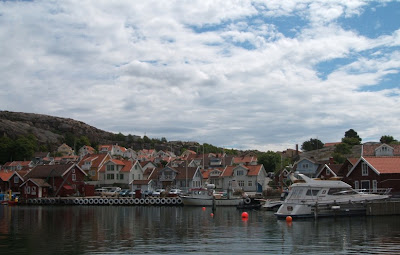 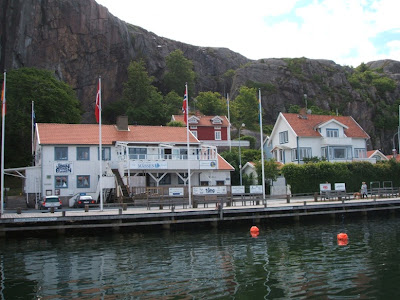 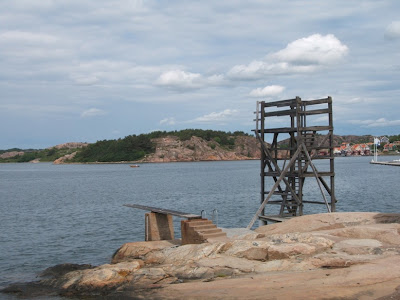 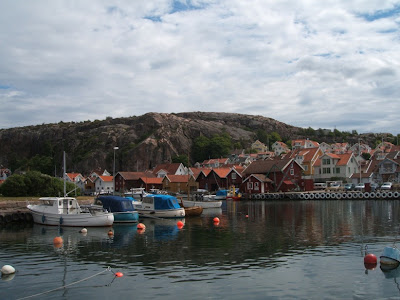 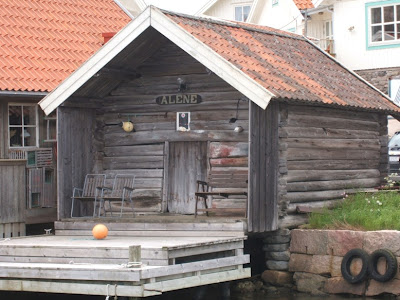 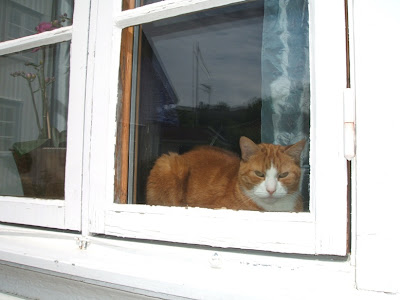 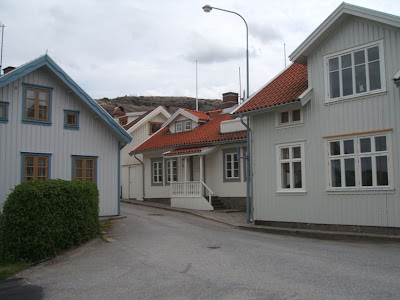 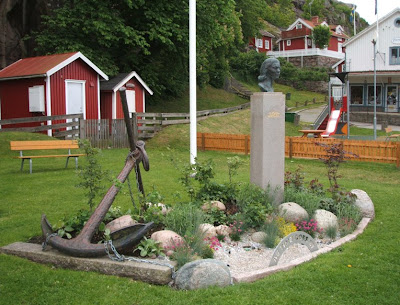 The actress Ingrid Bergman spent many summers at Dannholmen west of Fjällbacka. The "town" square is named after her (Ingrid Bergmans torg). The path to Kungsklyftan starts in the background. 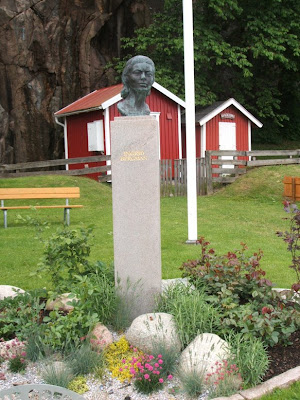 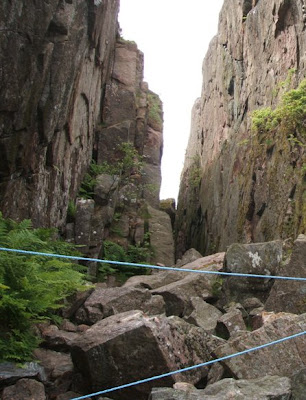 Kungsklyftan ("King's Crevice"), earlier names Ramneklovan or Korpklyftan, got its name after King Oscar II visited Fjällbacka in 1886. Kungsklyftan is known among others from the movie Ronja Rövardotter (Ronia The Robber's Daughter) based on the book by Astrid Lindgren. The place was also a crime scene in Camilla Läckberg's crime novel Predikanten ("The Preacher"), 2004. Kungsklyftan was closed in June 2010 due to security work. 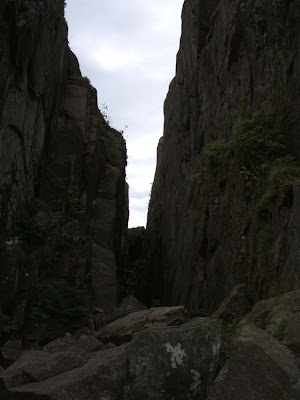 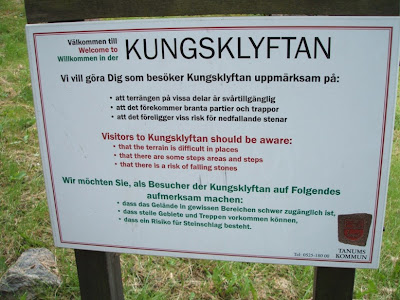 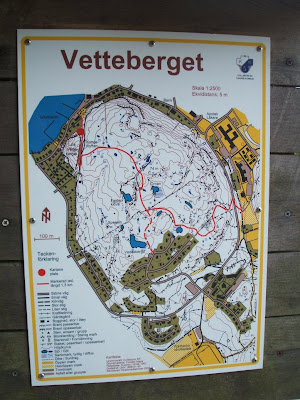 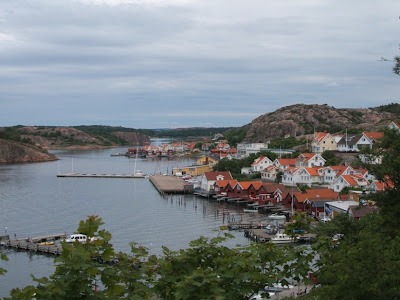 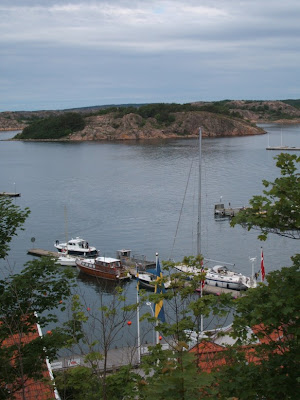 The Swedish west coast and archipelago is a popular tourist destination. The locality of Fjällbacka in Tanum municipality, originally a fishing locality, has been visited by many Scandinavians (and others!) over the years, quite often arriving by sailboat. Nowadays the small place has also become known because of Camilla Fjällberg's crime novels, as almost all the plots have taken place there. If you didn't know it was fiction, you could have thought the place was rather dangerous, considering the number of murders!

I have read all the Läckberg novels and always imagined the place to be somewhat bigger than it is in reality. My wife on the other hand thought the place was smaller! It is a wonderful place to visit, first of all in the summer season. Fjällbacka is situated about 150 km north of Gothenburg and 165 km south of Oslo. If you travel by car from Oslo, it will take about 2 hours and 15 minutes to get there.

The oldest houses in Fjällbacka are from the 18th and 19th century. Some of them had signs revealing the history of the house and the families that lived in it. A wonderful idea - just a pity that I didn't take any photos to use as examples. I will surely visit Fjällbacka again later, so this blog article should be considered as Part I only... Don't forget to visit the photo gallery at Fjällbacka's official page!