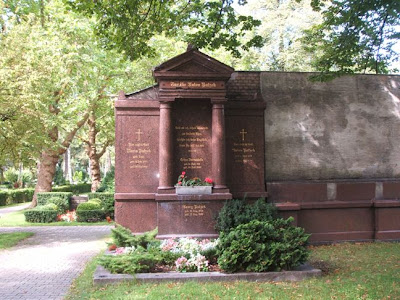 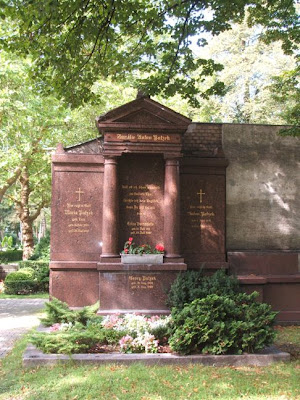 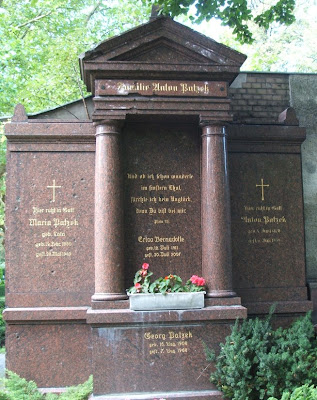 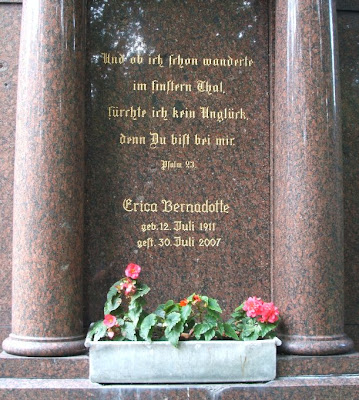 The text above her name was taken from Psalm 23: "Und ob ich schon wanderte im finstern Tal, fürchte ich kein Unglück; denn du bist bei mir." ("Even though I walk through the valley of the shadow of death, I will fear no evil, for you are with me", English standard version). 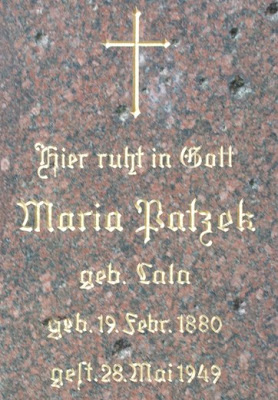 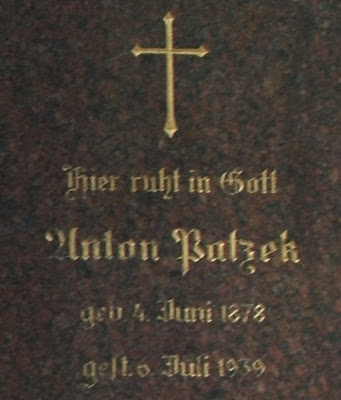 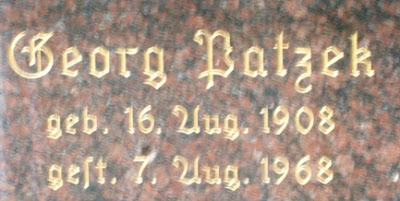 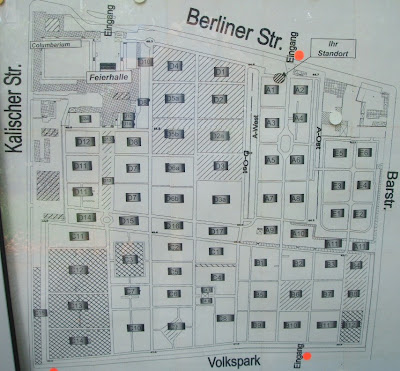 Just before I left for Berlin for a work trip at the last weekend of August this year, I came to think about Erica Patzek, the first wife of the former Prince Sigvard of Sweden (1907-2002). From Ted Rosvall's "must have" Bernadotte genealogy - Bernadotteättlingar ("The Bernadotte Descendants"), 2010 edition - I had learned that Erica had died in Berlin on 30 July 2007. He didn't know where she was buried, but mentioned in an e-mail that she had lived in Wilmersdorf, Berlin.

So when I left for Berlin I didn't have much information to go by, other than that Erica most likely was interred somewhere in the current borough of Charlottenburg-Wilmersdorf, but one could of course never know for sure. According to the website of the Senatsverwaltung für Stadtentwicklung (Senate Department for Urban Development) there was no central grave register. The official website of Berlin could tell that there were 18 cemeteries and crematories in the borough. Now, some of them could because of their nature easily be ignored, but still there were more than a handful of alternatives, and too little time to visit them all.

I would most likely have started with checking out the Friedhof Wilmersdorf (Wilmersdorf Cemetery) due to its name and location in Wilmersdorf, but if the cemetery was large "the grave hunting" could turn out to be like looking for the famous needle in a haystack.

But I was lucky this time. The city guide the company I work for used for part of the weekend happened to own a copy of Lexicon Berliner Grabstätten by Hans-Jürgen Mende (Haude & Spener, 2005). Erica Bernadotte was of course not included in the book, as she died 2 years after it was published, but there was an entry for her father Anton Patzek, and as Erica never remarried, it was more than likely that she was interred in a grave together with her Patzek family. At least I knew now that Anton Patzek was buried in the section WG1, which was located between the A and D sections. So on the last day of my visit, Sunday 28 August, I took the subway to Blissestrasse (line U7) and walked to the cemetery in Berliner Strasse (81-103). The Patzek monument was located at the wall between the A and D sections (in front of A7, see the map above). If I had not known where the family grave was, I would most likely have started with looking at the larger monuments, but I was still surprised by the size of it. The Patzek family was perhaps even more well-off than I had realized?

I will come back with another photo blog article about Wilmersdorf Cemetery, but just want to state the basic facts about Sigvard and Erica: Prince Sigvard of Sweden, Duke of Uppland, was the second son of the then Prince Gustaf Adolf (later King Gustaf VI Adolf) (1882-1950-1973) and his first wife Princess Margaret, née Princess of Great Britain and Ireland (1882-1920). Prince Sigvard married in a civil ceremony at Caxton Hall, Westminster, London 8 March 1934 Erica Patzek*, the only daugher of Anton Patzek and Maria Patzek, née Lala. As Erica according to the Swedish Constitution was a "private man's daughter", i.e. a commoner, Prince Sigvard automatically lost his rights of succession to the Swedish throne. His grandfather, King Gustaf V, also decided that Sigvard, who later developed into a skilled (industrial) designer, was also to be deprived of his titles. After the marriage had taken place, his diplomatic passport was replaced by a "normal blue Swedish passport" with the name Sigvard Bernadotte. Already in 1935 there were rumours that Sigvard and Erica were getting divorced, a rumour that was promptly denied. The couple was, however, divorced in October 1943.

Sigvard, who in 1951 got the title Count of Wisborg by the Grand Duchess of Luxembourg (his later legal battle with the Swedish court over his former title does not belong to this blog article), later remarried twice, while Erica returned to Berlin (they had lived in Denmark for some time) and never remarried. It would be interesting to know what her life was like after the divorce in 1943 and all the years that went by until she died in 2007. As far as I know she was never interviewed and seemed to have lived a rather anonymous life. But from what I remember she was heard from in 2002 when Sigvard died, as his third wife Marianne received her condolences. Will it ever be possible to find more information about Erica and write about her life after the divorce? Time will show. As of now she remains a very short chapter of the Bernadotte family history...