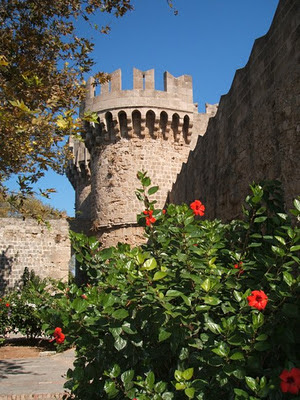 (1) A part of the Grand Master's Palace (the Knights Hospitallers). It was just too crowded to get decent photos of the main part of the palace. it was not easy to get a good over view anyway. 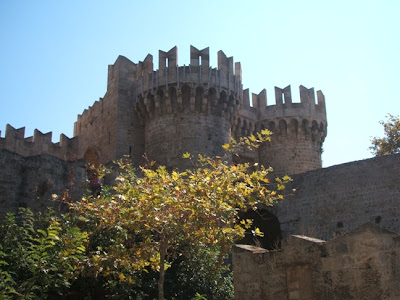 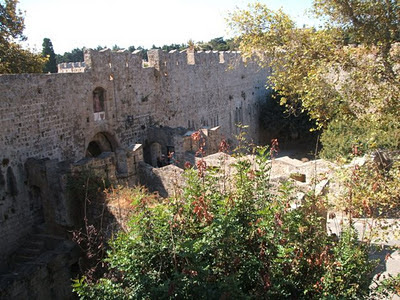 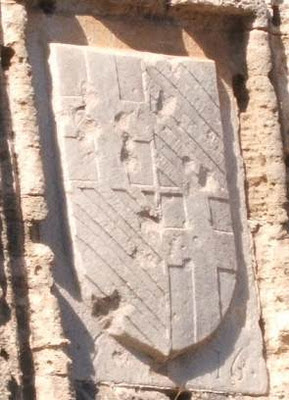 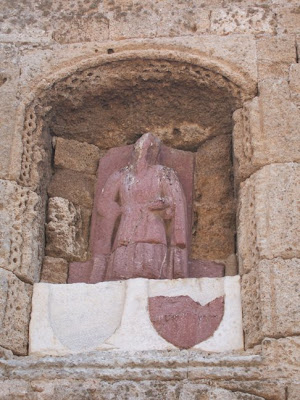 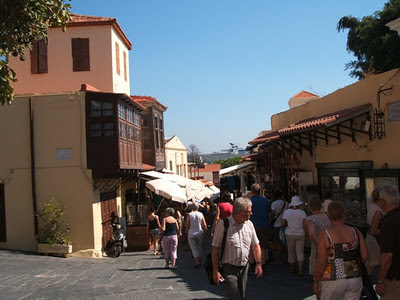 (6) At the top of Socrates Street. 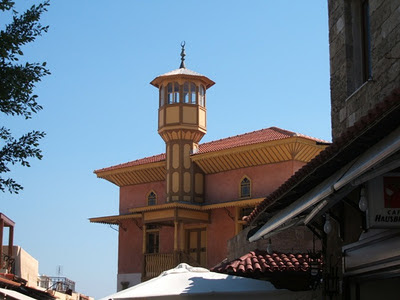 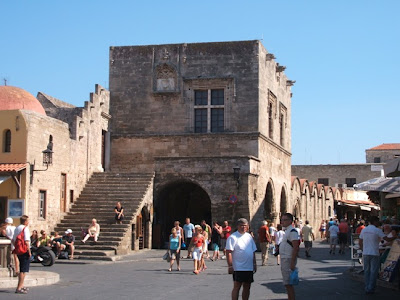 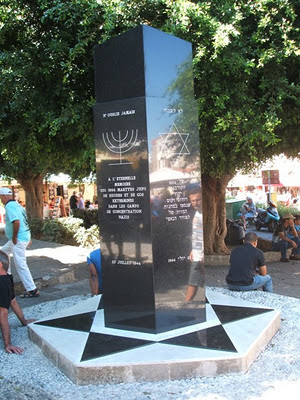 (9) A memorial for the 1604 Jews from Rhodes and Kos who were deported and killed in concentration camps. See the website of the Rhodes Jewish Museum for more information . 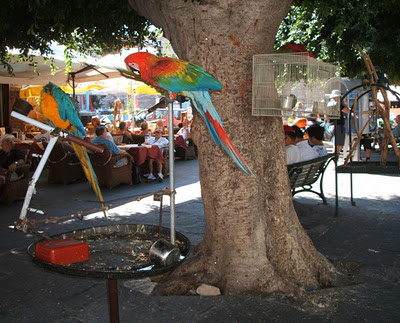 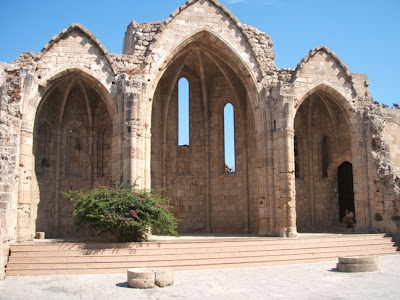 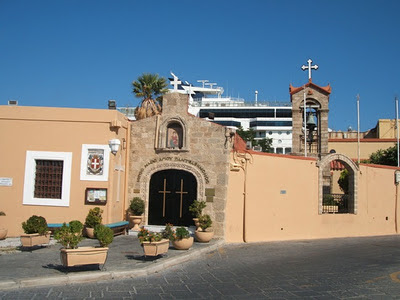 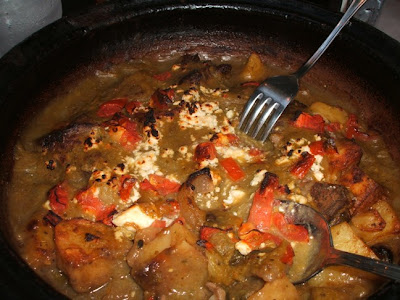 (13) Kleftikos, "a very traditional dish with lamb, vine leafs, gently baked in the oven." The dinner was enjoyed at the restaurant Romeo, which is situated in Menekleous Street, a few metres off the main street Socrates. I can absolutely recommend this restaurant! Nice atmosphere and great food!
I visited the old town of Rhodes during my week-long stay at the Greek island of Rhodes in early October 2011. Except for a short excursion to the local cemetery outside the city walls I stayed in the old town, thus missing among others the Acropolis of Rhodes. A bit too crowded with tourists, but a lovely place to visit, and so rich of history, and under so many regimes - among others the Romans, the Knights Hospitallers, Ottomans and Italy, before becoming united with Greece in 1947. The diffferent architecture is of course marked by the different periods. As this was "an enlarged family trip", I didn't get to see everything I had hoped for, so I will not rule out the possibility of another visit later on. There are plenty of sights both in the city and at other parts of the island, and if you are just going for the sun and the beach you will seldomly be disappointed...