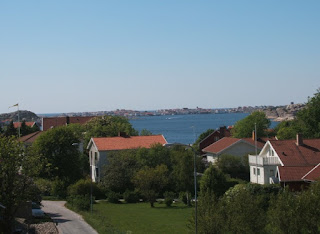 The view from our hotel in Rönnäng, Tjörn. The locality of Klädesholmen in the background. 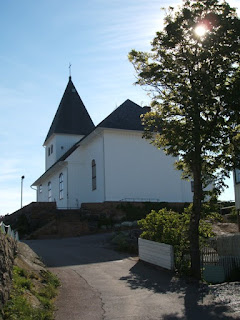 Skärhamn Church. I had hoped to take a close-up photo of the front of the church as well, but I didn't want to disturb the wedding. The bridal couple, which passed us in their car later the same day on their way to the reception, had just come out of the church when we arrived. 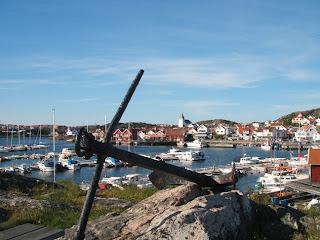 Skärhamn, the largest community at Tjörn and where the municipal administration is located. 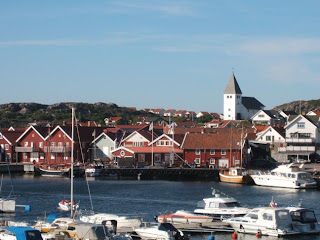 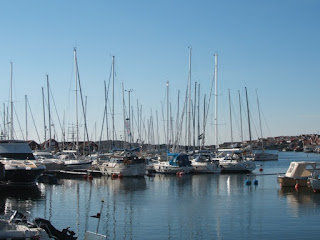 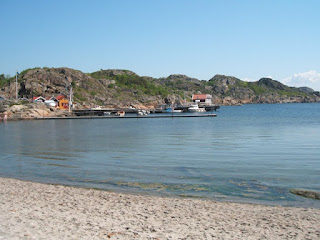 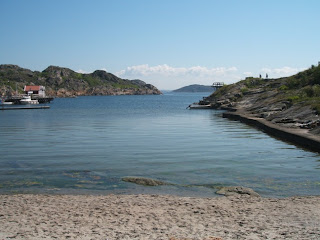 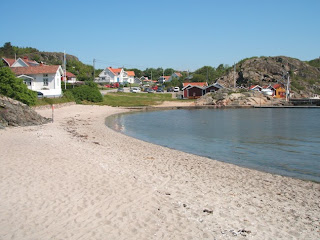 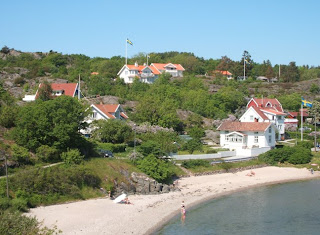 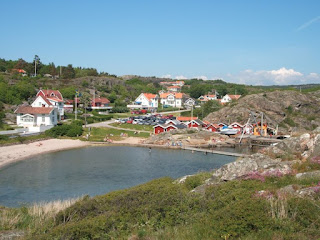 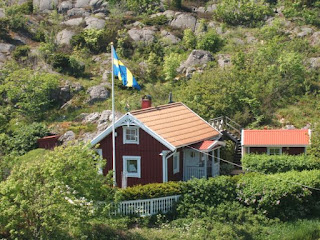 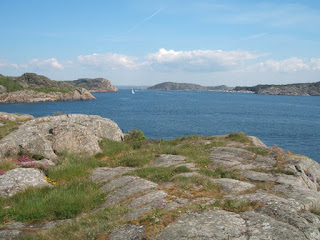 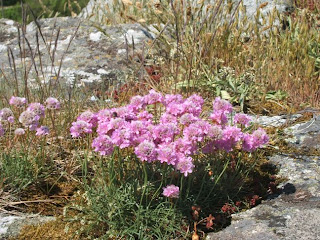 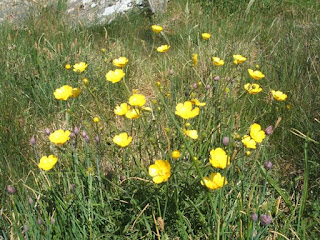 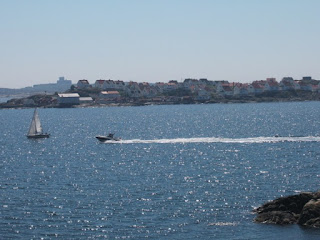 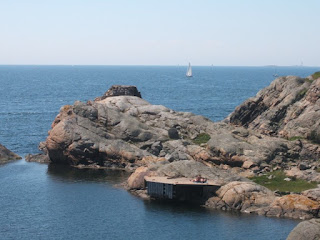 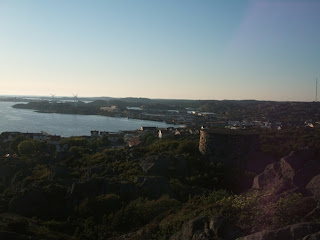 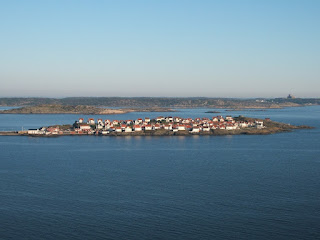 Could this be the island of Åstol? 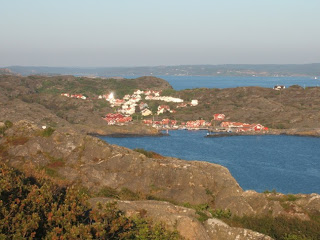 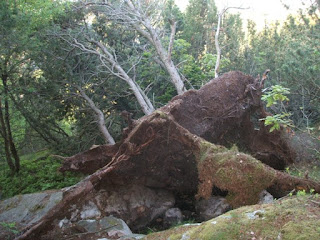 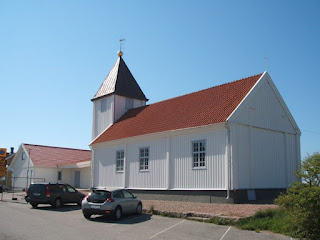 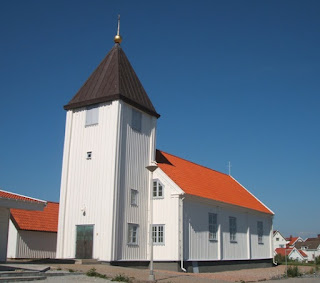 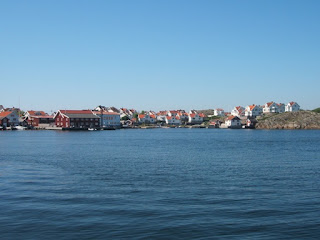 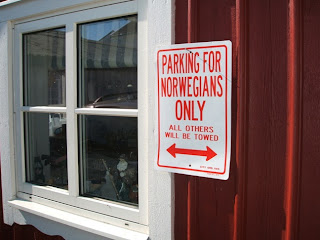 Ha! "Parking for Norwegians only. All others will be towed". However, in front of the sign were two Swedish-registered cars...

In the distance you can see the locality of Rönnäng and Rönnäng Church.

All the photos were taken during my stay at Tjörn, the sixth largest island in Sweden, in May 2012. The island (map) is located in Västra Götaland county in the province of Bohuslän at the Swedish westcoast. We only experienced a small part of the island - there are many localities like Rönnäng, Klädesholmen and Skärhamn around the island's coastline. Truly an idyllic place, which we hope to return to another day - maybe for a longer stay? There are lots of summer places to rent!