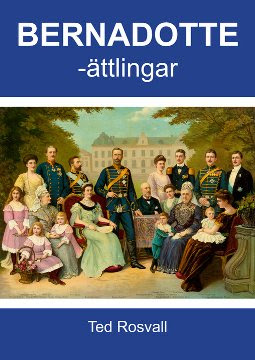 Last Saturday, 21 August 2010, it was 200 years since Jean-Baptiste Bernadotte was elected Crown Prince of Sweden. In connection with the Bernadotte bicentenary Ted Rosvall has published an updated edition of Bernadotteättlingar (The Bernadotte Descendants). As the title suggests, the book gives a survey of all the descendants of King Carl XIV Johan, but it also has some information about the ancestry of those who have married into the Bernadotte family.

The last edition of Bernadotteättlingar was published in 1992. I really look forward to receiving my copy (I ordered it tonight!), and will come back with a review as soon as possible.

The new book, which costs SEK 295,-, can be ordered from Rosvall Royal Books by contacting Ted Rosvall at royalbooks [at] telia.com.