The 31st International Congress of Genealogical and Heraldic Sciences 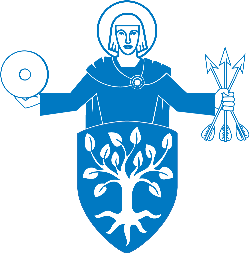 Are you interested in genealogy and/or heraldry? Why don't you come to Oslo between 13th and 17 of August this year, where the 31st International Congress of Genealogical and Heraldic Sciences takes place?

The theme of the congress is "Influence on Genealogy and Heraldry of Major Events in the History of a Nation", a theme chosen because of the two major jubilees which are marked in 2014 - the 200th anniversary of the Norwegian Constitution and Oslo's 700th anniversary as the capital of Oslo. Whether Oslo really could be defined as a capital 700 years ago or not has with good reasons been a subject of discussion, but the anniversary is nevertheless being marked, although not in the same style as the 17th of May anniversary.

Anyway, there are many interesting topics being presented during the congress, including themes covering royalty and nobility. The timing and venue for each presentation has now been decided, and these can be seen on the Congress website – Program.

Under Presenters you can see the names of the speakers and title of the presentations, and clicking further on the individual names takes you to a synopsis of the talk. In addition to general registration, it is possible to register for individual days for talks of particular interest – contact the Congress at post@congress2014.no for details.

The blazon of the emblem is as follows: Shield: Azure a Tree eradicated Argent. Supporter: Issuant from behind the Shield Saint Hallvard (Oslo’s patron saint) Azure with a Millstone resting in Dexter Hand and holding three Arrows in Sinister Hand, all Argent. (Source: Slektshistoriewiki - The Norwegian Genealogy Wiki).

The 31st International Congress of Genealogical and Heraldic Sciences Oslo 2014 is under the distinguished patronage of His Majesty King Harald V of Norway.

Hope to see as many of you in Oslo in August this year!
Posted by Dag T. Hoelseth at 21:03