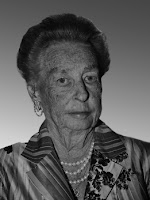 The Royal Court of Norway announced on Sunday 16 September 2012 the death of Princess Ragnhild Mrs. Lorentzen, the eldest daughter of King Olav V (at the time of her birth Crown Prince Olav) and Crown Princess Märtha, and the eldest sister of King Harald V. Princess Ragnhild died of cancer in her home in Rio de Janeiro, Brazil on Sunday at 9.45 a.m. (2.45 p.m. Norwegian time).

The announcement said as follows:


His Majesty The King was deeply saddened to receive the news that Her Highness Princess Ragnhild, Mrs Lorentzen has passed away. The princess died in her home in Rio de Janeiro in Brazil on 16 September 2012 at 9:45 am local time.

The funeral service will be held in the Palace Chapel. The date and time have not yet been determined. Princess Ragnhild will be laid to rest at Asker Church.

The Princess was born on 9 June 1930 at the Royal Palace in Oslo, and was the eldest child of King Olav and Crown Princess Märtha.

The Royal Court said in a press release today that a condolence protocol would be laid out at the Royal Palace on Tuesday 18 September.

The Speaker of Parliament, the Prime Minister and the Chief Justice of the Supreme Court will be the first to sign the Protocol at 9.30 a.m., followed by the diplomatic corps from 10 a.m. to noon. The general public will be admitted from 12.30 p.m. to 4 p.m.

Prime Minister Jens Stoltenberg issued a statement where he among other said that "Our thoughts and our sympathy goes out to Erling Lorentzen and their family, and to King Harald, Queen Sonja and the Royal Family". Stoltenberg said further that "Her home in Brazil became a hospitable place of meeting for Norwegians on visit, and the princess' considerations for them and her care for the less fortunate in her new homeland won her many friends. Among others she established Princess Ragnhild's Fund for Children in Brazil, and she always took part when she was needed at relief actions and social gatherings".

Stoltenberg also said that "We know that Princess Ragnhild was especially close to her father King Olav V. Her friends describe her as considerate, loyal, with an infectious humour and fresh remarks. In larger audiences she seemd to be shy and reserved, but her liveliness and kind heart were soon to appear in more informal gatherings. It has been said that Princess Ragnhild was our best ambassador in Brazil  - a warm-hearted representative for the Norway she alwas was closely attached to."

Princess Ragnhild, who married Erling Lorentzen in 1953 and lost her style of royal highness, leaves behind her husband, 3 children and 6 grandchildren.

When I earlier this year understood that Princess Ragnhild's health was frail, I said to myself that I had to prepare an obituary based on the authorized biography Mitt liv som kongsdatter (1995) and other material I have collected on her, but I never got or took the time. I received the news of her death late last night when I finally got connected to Internet in my hotel room in Norwich, Norfolk (Princess Ragnhild's father King Olav V, was, by the way, born at Appleton House at Sandringham northwest of Norwich). This week I will just be too busy with other commitments, so I just have to refer to others who have written about Princess Ragnhild and her life.
I understand that that the family turned down the offer of a state funeral. As the funeral service will take place at the Palace Chapel, it will due to the limited space there be a "smaller affair", but maybe most fitting for the princess. She married at Asker Church in 1953 and her wish to be interred at Asker Cemetery will be fulfilled. I must say I like the idea of a King's daughter being buried in a common cemetery in a community she partly grew up in, and her grave thus will be easily accessible to everyone.