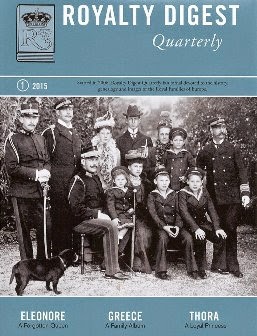 The first issue of Royalty Digest Quarterly in 2015 arrived in my mailbox just before Easter, but so far I have only read the editor's column and the first two articles. For several years I wrote a short summary of each issue of RDQ and later also included the European Royal History Journal, but had to make a break in late 2013 because the moving process took too much time. My last RDQ article covered issue no. 3 for 2013. In 2014 I just didn't manage to get back on track with my blogging, as work and family life, various house projects and various tasks for the Norwegian Genealogical Society limited my time for website and blog updating. As of today I cannot promise too many blog articles in the near future, but I will at least try to continue my RDQ and ERHJ articles.

The front cover photo of the latest issue shows the Greek royal family in around 1900, with King George I at the very right. The photo gives a hint to which family the journal's historical consultant Charlotte Zeepvat focuses on in her traditional family album, which starts on page 17 and ends on page 53. Besides a short introduction to the Greeks, you can enjoy 118 photos of royals and two buildings - the Royal Palace in Athens and Tatoi Palace, as well as 3 pages with genealogical tables. The first portrait actually shows King Otto, who reigned from 1832 to 1862, and was succeeded by the Danish-born Prince Wilhelm (--> King George I) in 1863.

In his Editor's Corner, Ted Rosvall gives his impressions after his recent visit to Kensal Green Cemetery in London. He is shocked by how run down and mismanaged the cemetery has become, something I find easy to agree with. I visited the neighbour cemeteries Kensal Green and St. Mary's Catholic in 2013 and was saddened to witness the poor state of parts of the Kensal Green cemetery, as the following two photos suggest. 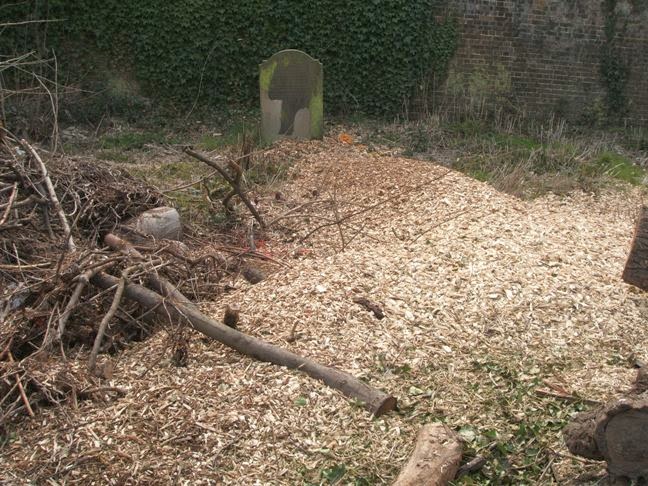 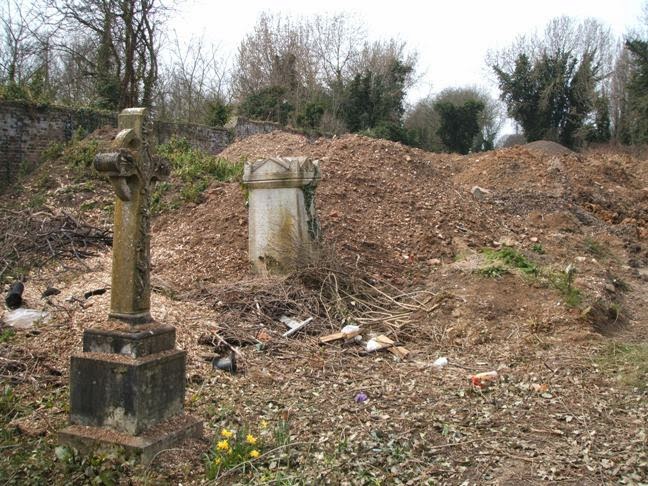 The St. Mary's Catholic Cemetery was not that bad, though. And I have seen worse, for instance in Tangier. Hopefully I will be able to publish more (and more interesting) photos from the West London cemeteries in a not too distant future.

Coryne Hall opens the ball with an article about Eleonore of Bulgaria. The Forgotten Queen, in other words the second wife of Prince and later Czar Ferdinand of the Bulgarians. How forgotten she is can be discussed, but it is nevertheless an interesting article, and we learn a lot about her tireless work as a trained nurse and her commitment to the welfare of the Bulgarians. Royals who became nurses is a topic Hall knows everything about. In 2014 she published her book Princesses on the Wards. Royal Women in Nursing Through Wars and Revolutions, so I wouldn't be surprised if Hall will cover other royal nurses in future issuues of the RDQ. Coryne gave a promising presentation of her book project back in 2013 at the Royalty Weekend at Ticehurst.

Charlotte Zeepvat's second contribution to the latest issue is her article 'So loyal and strong in her affections...' Princess (Helena) Victoria of Schleswig-Holstein, part I. Princess Helena Victoria (Thora) (1870-1948) was the third child of Princess Helena and Prince Christian of Schleswig-Holstein and the 18th grandchild of Queen Victoria. I have, by the way, just finished reading Zeepvat's latest book Before Action: A William Noel Hodgdon and the 9th Devons, a story of the Great War, which I really enjoyed. A very well-researched book!

Ted Rosvall has not only edited the magazine this time, but has also made his own contribution, Dear Uncle. Incestuous Royal Marriages, which deals with marriages between cousins and other closely related people within the circle of European royal families.

The last article in this issue is written by Lucas Szkopinski, and is titled An Englishman in Durazzo. Sir Andrew Ryan and the wedding of King Zog. I look forward to reading it, as I have always found the history of the Albanian royal family very fascinating.

No book reviews this time, but as always the magazine ends with the column The World Wide Web of Royalty, Births, marriages, deaths and other events in the Royal Families of Europe as well as ads for future publications - Royal Gatherings, Volume II: 1914-1939 by Ilana D. Miller and Arturo E. Beéche, Maria Pavlovna (1890-1958) by Charlotte Zeepvat and Ted Rosvall, The Connaughts. A Family Album by Robert Golden and Harald Brown's Notabilities. Royalty and Celebrity in the 1870s.