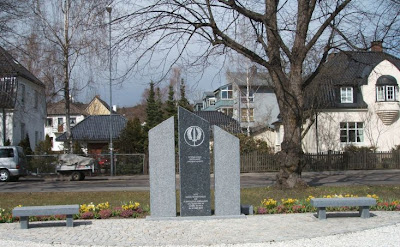 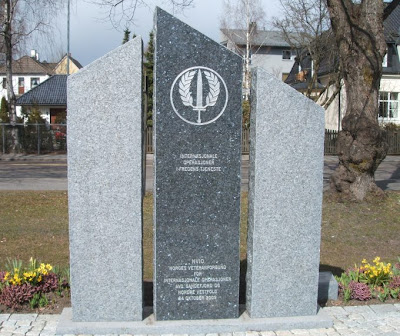 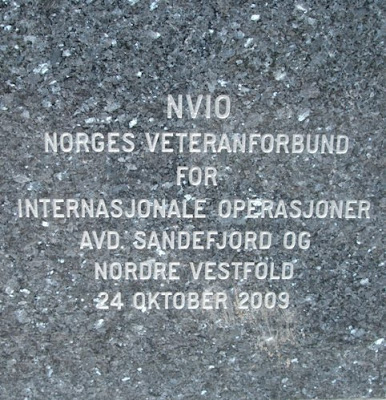 When I visited Sandefjord, the city I grew up in, last Saturday, I discovered a new monument in Kirkeparken ("The Church Park") outside Sandefjord Church when I was on my way down town.

The monument was erected by Norges Veteranforbund for Internasjonale Operasjoner, NVIO (The Norwegian Veterans Association for International Operations) as a memorial to all the Norwegians who have lost their lives under the Norwegian flag. The NVIO is a non-political and volunteer organisation for military personnel having participated in international operations, their dependents, and for others who support NVIO's work.

The NVIO monument was unveiled on the United Nations Day, 24 October 2009 with among others the fylkesmann (Governor) of Vestfold, Mona Røkke, and Vice Mayor of Sandefjord, Vidar Andersen, present. The president of NVIO, Odd Helge Olsen, said in his speech that the monument was meant to be a physical meeting point for reflection.