The Norwegian National Day is celebrated on 17th of May in memory of the events of 1814, when Norway got its independence and the Constitution was passed. A central element of the celebrations is the children’s parade. Here are some pictures from the parade in Oslo, which is greeted by the Norwegian Royal Family at the Palace balcony. 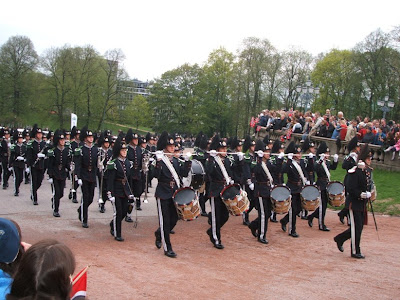 HM The King's Guard at the head of the parade as usual. 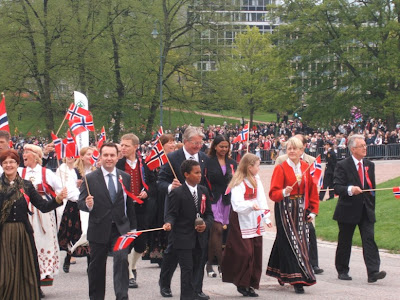 The Mayor of Oslo, Fabian Stang, in the middle. To the left (with a blue tie) the Governing Mayor (leader of the City Government), Stian Berger Røsland. 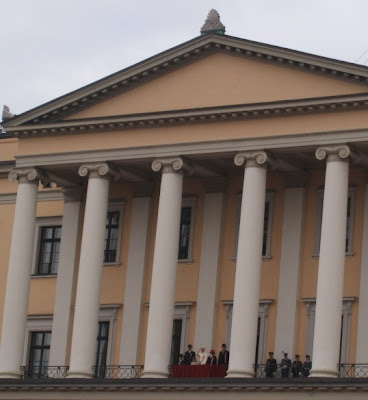 The Norwegian Royal Family greets the children's parade from the palace balcony. From such a distance, and with only a pocket camera available, this was the best I could manage... I hope to get a better camera in a not too distant future! 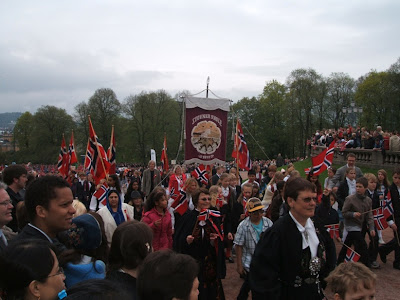 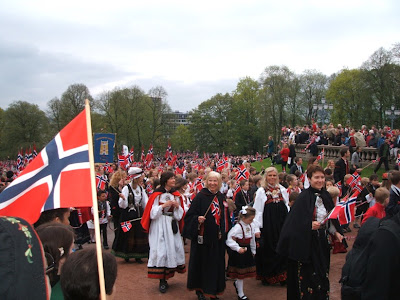 Uranienborg School can be spotted in the background. 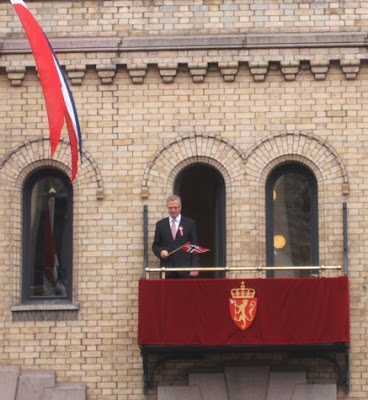 First Vice President of the Storting, Øyvind Korsberg, greets the children's parade from the Storting Balcony. 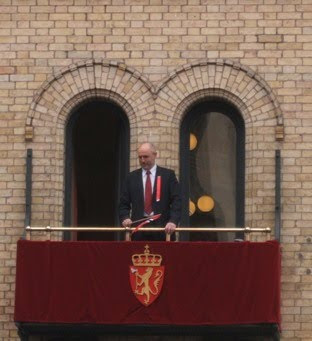 The President of the Storting, Dag Terje Andersen, returns to the balcony after a well-deserved (?) break. 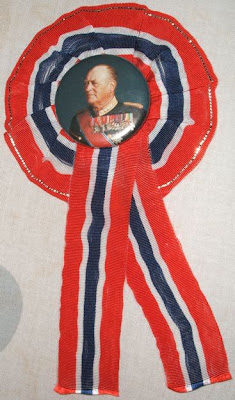