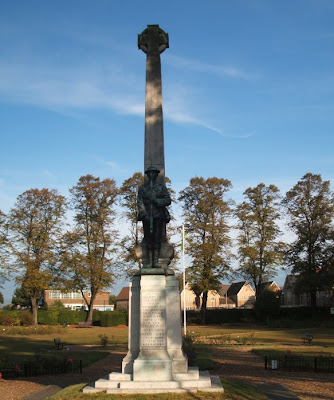 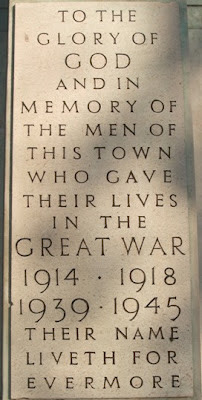 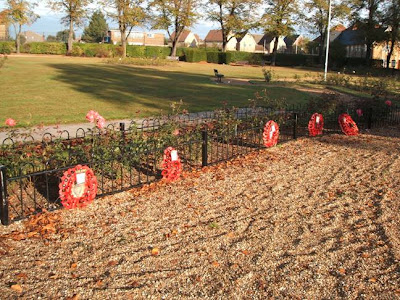 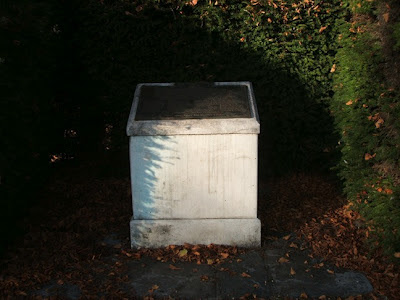 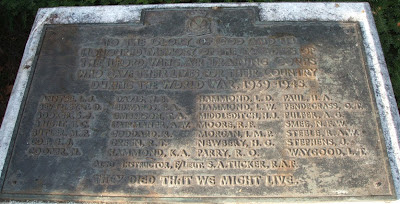 (5) "To the glory of God and in honoured memory of the ex cadets of then Ilford Wing, Air Training Corps, who gave their lives for their country during the World War, 1939-1948." 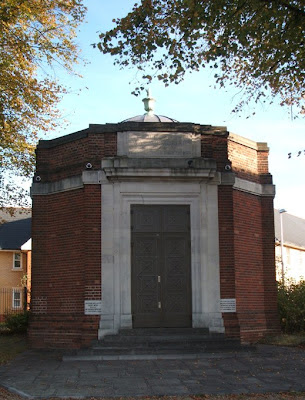 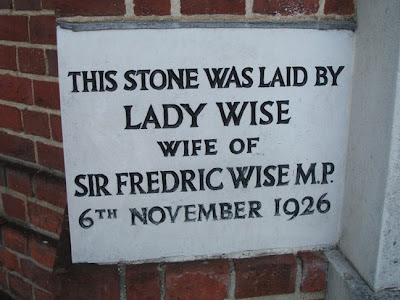 (7) See the website of the historian John Barnes for more details about Sir Fredric Wise, MP (1871-1928) and his wife Lucy Elizabeth, the daughter of Sir Thomas Wrightson Bart., MP of Neasham Hall, Darlington. 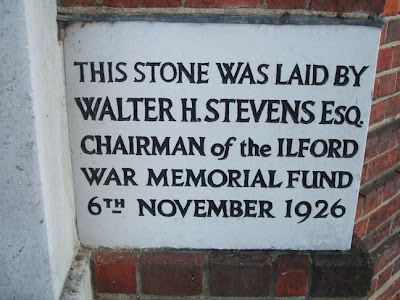 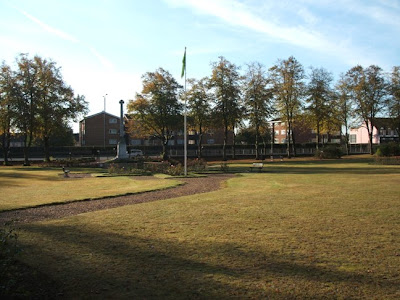 In October 2011 I travelled with a group from Supporterunionen for Britisk Fotball (SBF) in connection with the association's 25th anniversary. Normally I am staying at the Tavistock Hotel near Russels Square on the Piccadilly Line when I am in London, but the SBF committee had settled for the Holiday Inn Express Hotel near Newbury Park tube station in Ilford (London Borough of Redbridge). A nice hotel in a nice area, although a bit too far from downtown London. But it was a good starting point for our excursion to Birmingham. The stay at Ilford also proved my view that you can find something interesting to see (and write a blog about) almost wherever you are in the world.

If you leave the hotel and walk down the road to the Newbury Park tube station, you will have to pass the Ilford War Memorial Gardens, and I decided to make a stop there on my last day of the visit. According to the information plaque, the land for the Memorial Gardens was purchased in the early 1920s from the proceeds of a public appeal launched at the end of WW1 to provide a memorial for the Ilford men killed during "the great war". It was decided that most of the money collected should be used to build a Children's Ward for the Ilford Emergency Hospital together with a Memorial Gardens, a monument and a Memorial Hall, which should record the names of the war dead and serve as the entrance to the Children's Ward.

The war memorial monument, which features a soldier bronze figure designed by the sculptor Newbury Abbott Trent (1885-1963), was unveiled on 11 November 1922, while the Memorial Hall situated in the north-east corner of the gardens, and the Children's Ward, were finished in 1927. The gardens also serve as a memorial to the 538 local servicemen and women and 552 civilians killed during WW2.

The Ilford War Memorial Hall, which records the names of 1.159 Ilford men killed during WW1, was opened by Lady Patricia Ramsay, formerly HRH Princess Patricia of Connaught (1886-1974), on 25 June 1927. According to the information board outside the hall, it was intended to serve both as a memorial and as the entrance hall to the new Children's Ward, known as the Walter Stevens Wing, of what was then the Ilford Emergency Hospital, later the King George V Hospital.

The Children's Ward was later demolished. The Memorial hall was never used as an entrance to the Childrens Hospital as originally intended, and when the hospital was closed in 1993, the Memorial Hall could easily have passed into history and become totally forgotten. Fortunately the historic significance of the building was recognized, and in 1995 both the hall and the monument were added to the statutory list of buildings of architectural or historic interest. The building was restored and the Council of the London Borough of Redbridge is today responsible for its unkeep. The Memorial Hall is open on Remembrance Day and at other times during the year (check out the website for more information).