The American Independence Day Celebration, arranged for the 28th time by the American Coordinating Council of Norway (ACCN), took place in Frognerparken, Oslo on Sunday 30 June 2013.

The celebration always take place the last Sunday before the real day - 4th of July - among others because such a big event needs many volunteers, and they are usually not able to take the time off in the middle of the week. The number of visitors will naturally also be larger on a Sunday.

The public celebration in Frognerparken is very popular - at least when the weather is as nice as it was yesterday - not only the American exiles living in Norway and the many tourists are attracted to te event, but also many Norwegians come to the park to take part.

The program this year included entertainment by the coverband Airbuzz, the Blues singer Johnny Sansome, line dancer Kelli Haugen and singer Anee Karin Lee. The children could choose between many hands-on activities provided by Oslo Children's Museum as well as pony rides. Last summer my then 2-years-old made her horse riding debut at Lake Farmpark at Kirtland, Ohio and lovd it. She was very keen on a pony ride in Frognerparken as well, but as soon as she got up on the horse back she wanted to get down again immediately. A year can make a difference, I guess. She is much more sensitive to the dangers of the world now than last year. Oh well, I don't have to buy her a horse, then...

People could also try out softball/baseball or American football. No-one commented on my Cincinnati Reds cap and shirt, though, even if the baseball team had beaten Texas Rangers 6-4 the day before. Such a shame!

The American food feast is very popular - hamburgers, hotdogs, BBQ, sandwiches, baked goods, ice cream and much more! The many booths could also offer arts and crafts, voters registration assistance, US consular services and used book stands, to mention a few, while fans of American cars could enjoy the many vehicles that were on display (see two examples below).

The ACCN also publishes a rather nice Communuity Guide which includes the program for the Independence Day celebration, but also lots of useful information for Americans living in Norway. The guide for 2013-2014 also has several interesting articles, including one about the 25th anniversary of the Norwegian Pavillion in Walt Disney's EPCOT, The Norwegian Lady - A Tale of Two Cities and A little taste of Norway in Washington State (which comes in hany, as I plan to visit Seattle next year).

For a short film coverage of the celebrations, go to VGTV. 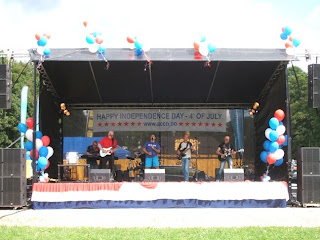 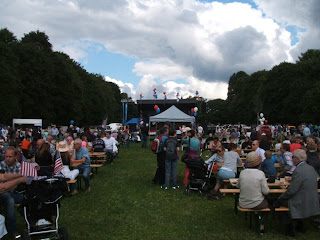 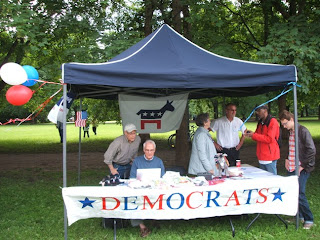 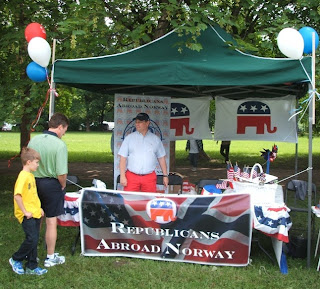 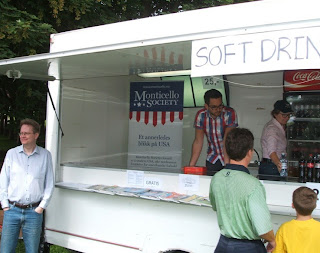 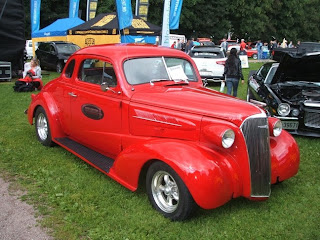 SC Event's AmCar Exhibition. The car below is a Chevrolet. I haven't figured out the car above yet... 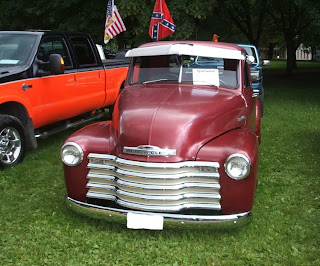