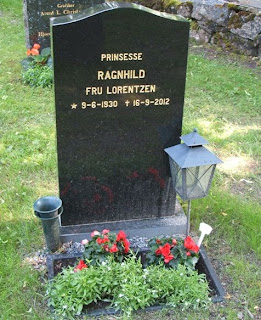 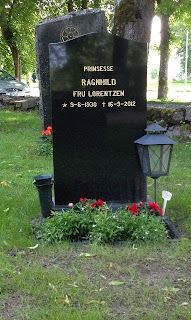 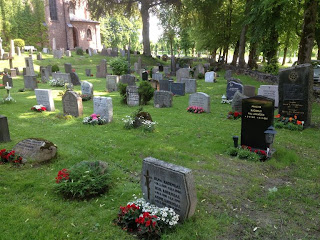 The funeral service took place at the Palace Chapel in Oslo on 28 September 2012, followed by interment at Asker Cemetery. The three photos above show Princess Ragnhild's grave. An article about the church and cemetery will follow later.