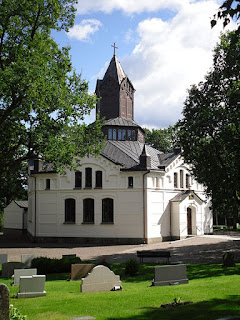 According to the death announcement published in among others Svenska Dagbladet on 22 April 2017, the funeral service for Baron Niclas Silfverschiöld, who died on 11 April 2017, will take place at Erska Church in Sollebrunn on Thursday 11 May 2017 at 2 p.m. There will be a reception at Koberg Palace after the funeral service.

It is expected that Niclas Silfverschiöld will be laid to rest at the Royal Burial Ground at Haga outside Stockholm.
Posted by Dag T. Hoelseth at 14:24