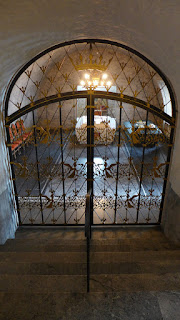 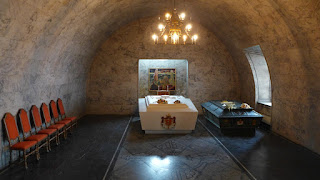 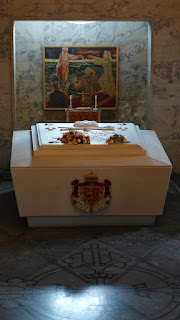 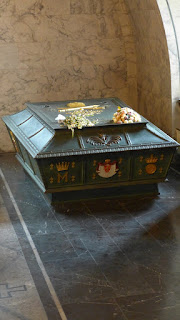 The Royal Mausoleum in the crypt of Akershus Palace was finished in 1948. The architect Arnstein Arneberg was also responsible for drawing the sarcophaguses.

I visited Akershus Palace and The Royal Mausoleum today. I moved to Oslo in August 1989, so it only took me almost 30 years go get there ...
Posted by Dag T. Hoelseth at 23:34