Following cremation, the urn with parts of her ashes was interred in the grave of her parents and two other family members at Norra begravningsplatsen («The Northern Cemetery») in Solna outside Stockholm, Sweden. The remaining ashes were scattered in the sea at Danholmen outside Fjällbacka in Western Sweden. 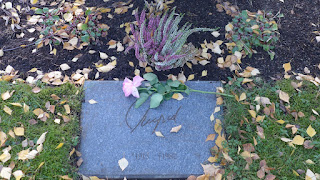 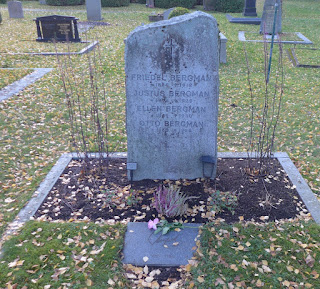 Both photos: © 2017 Dag Trygsland Hoelseth.
I will return with a longer article about my visit to Norra begravningsplatsen later on.
Ingrid Bergman was definitely one of the most famous Swedish-born women. It is worth mentioning in this regard that the book(-let) Svenska kvinnor. Pionjärer och förebilder («Swedish women. Pioneers and role models»), which will be released in connection with the Swedish Genealogy Convention 2018 in Växjö coming Saturday, includes a short biography of Bergman and her ancestry (three generations). 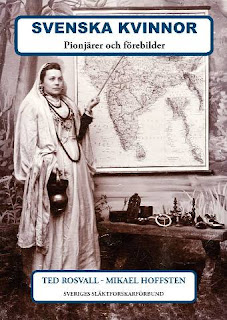 The booklet, which is written by Ted Rosvall and Mikael Hoffsten and published by The Federation of Swedish Genealogical Societies, also includes a short biography and ancestry table of 30 other Swedish women. The booklet will be sold at the genealogy convention and in the online bookshop Rötterbokhandeln.