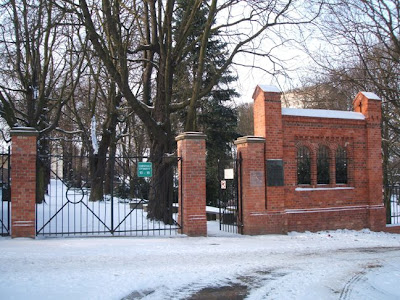 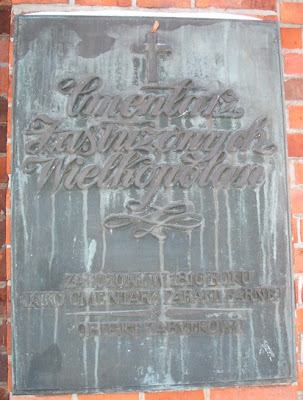 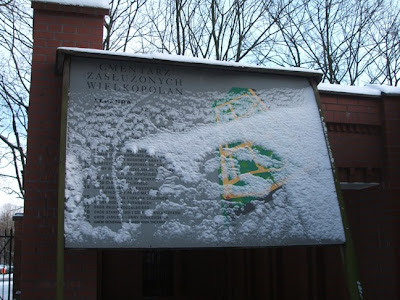 I discovered this sign on my way out of the cemetery. I only wish I had seen it earlier on, and it would of course have been an advantage if the snow had not covered up the whole map! 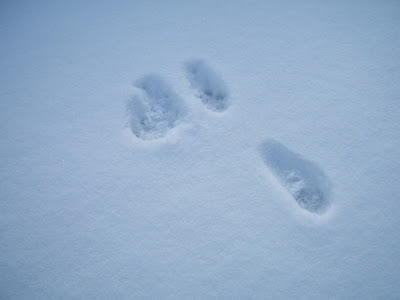 I was at least the first human being who visited the cemetery that day. 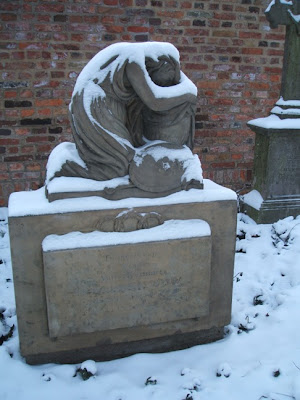 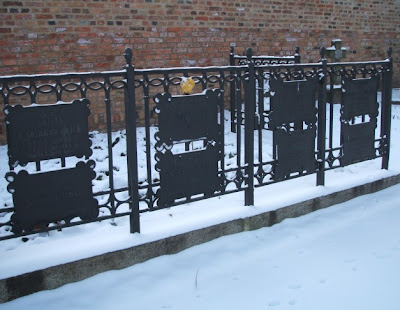 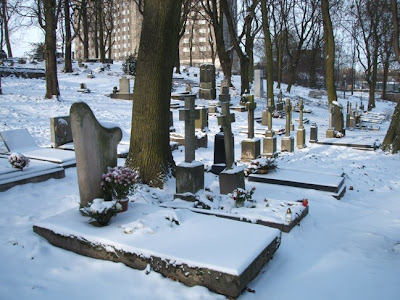 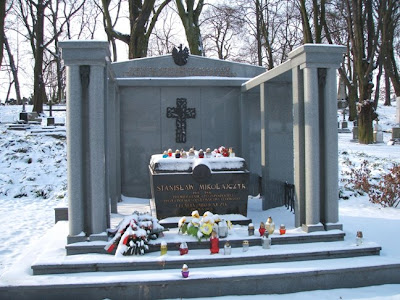 Grave of Stanisław Mikołajczyk (1901-1966), Prime Minister of the Polish Government in exile during WW2, and Deputy Prime Minister in Poland before the communists took control of the government. He was married to Cecylia Mikołajczyk, née Ignasiak (1900-1951). 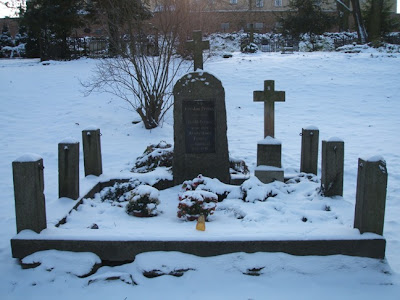 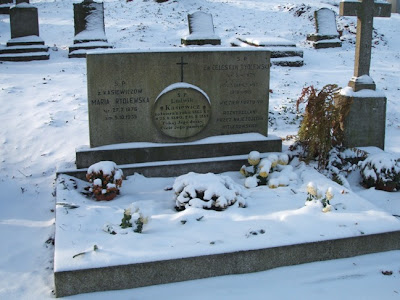 Rydlewski and Kasiewicz family grave. Celestyn Rydlweski (1875-1940), a Polish officer and WW1 hero, killed in 1940. Here I would be pleased if (any) Polish readers could add more information about him. 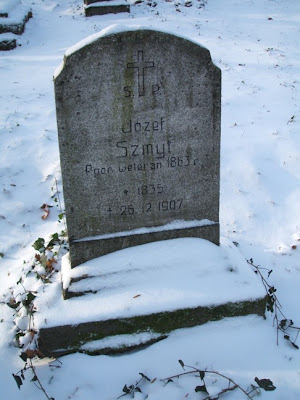 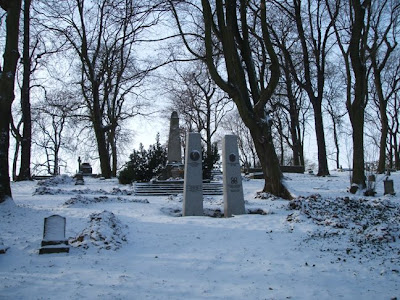 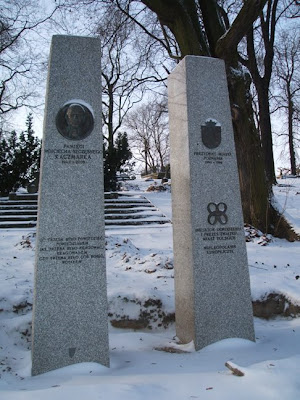 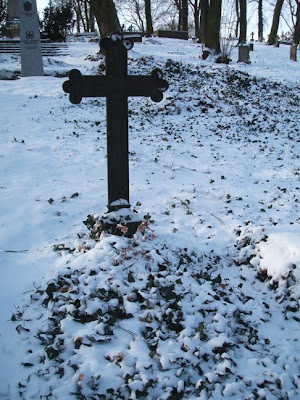 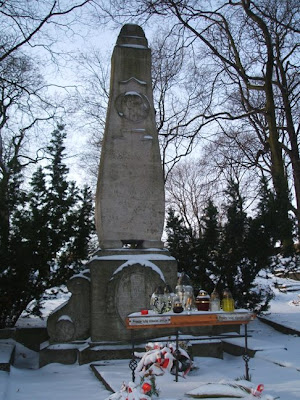 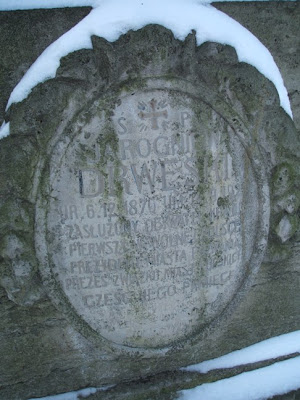 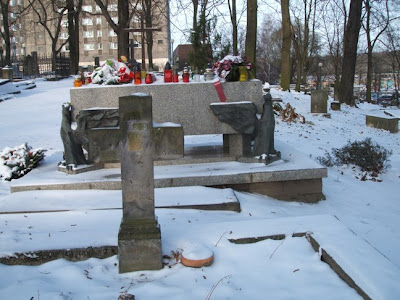 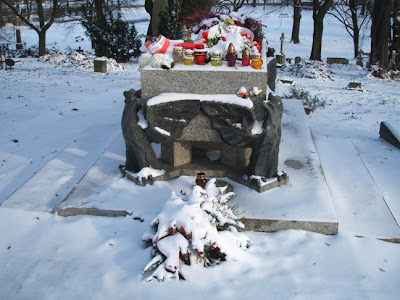 I visited the Old Parish Cemetery, now Cemetery of Distinguished Citizens, on my way to the Old Garrison Cemetery (I will return to this cemetery later on) during my visit to Poznan in November 2010. The entrance is from Ks. Jozefa not far from downtown Poznan.

The information at the gate of the cemetery says:

Old Parish Cemetery, currently Cemetery for Distinguished Citizens
Established in 1810 as a parish cemetery, it was surrounded with a fence in 1829. Closed down at the end of the 19th century. Since 1936 under management of the city, since 1948 known as the Cemetery for Distinguished Citizens on which famous Great Poles are buried and on which gravestones of high artistic value from closed down cemeteries are gathered. The cemetery features numerous examples of precious tombstones, mainly from the 19th century.